FC Barcelona and Spanish national team midfielder Gavi goes to the World Cup as the winner of the 2022 Golden Boy award and the Kopa Trophy, recognising him as the best U21 player for the past year.

Gavi took home the distinction ahead of other world-class talents such as Eduardo Camavinga, Jamal Musiala and Jude Bellingham, reflecting his remarkable rise to the top.

After debuting at just 17 years of age, Gavi has only needed one season in the elite to establish himself in the starting XI for both Barça and Spain. His talent, understanding of the game and commitment are his main assets and his coaches have responded by trusting him at crucial moments. He has not disappointed.

Gavi made his debut with FC Barcelona in LaLiga Santander against Getafe CF, becoming the fourth youngest player to wear the Blaugrana shirt. His quality did not go unnoticed by Luis Enrique, and in October 2021 he made his first appearance with the national team. At just 17 years and 62 days, he became the youngest player to make his debut for La Roja in a match against Italy in the Nations League finals at San Siro.

He quickly also became the youngest player to score for Spain, finding the back of the net at the age of just 17 years and 304 days in a 2-2 draw against the Czech Republic in the Nations League. Gavi broke the record set in 2020 by his FC Barcelona teammate Ansu Fati, who scored for Spain aged 17 years and 311 days.

It has been a rapid rise for Gavi, who has skipped the U19 and U21 age groups to go straight to the senior squad. That is similar to his meteoric progression through La Masia, the academy he joined aged 11 in 2015 after taking his first steps in football with Real Betis in his home province of Seville. After arriving in FC Barcelona’s renowned football school, Gavi worked his way through the various age categories to the point where he made his debut for the Catalan club’s senior side in September of 2021, going on to play 46 times for the Blaugrana in the 2021/22 season.

Gavi’s style of play fits perfectly into FC Barcelona’s midfield, with comparisons to his coach Xavi based on a lot more than the similarity of their names. Despite his small frame, the right-footed midfielder can get the better of bigger, stronger and older opponents through his intuition and rapid reading of the field.

That’s why he was trusted to start so many important matches. Gavi’s minutes weren’t given to him because of a lack of alternative options in midfield. On the contrary, he earned those opportunities to start ahead of older and more experienced midfield talents.

With Pedri and Ansu Fati also there, FC Barcelona really do have an exciting young core of up-and-coming talents and Gavi is very much a part of this reason for optimism. This is encouraging for the Spanish national team too and the genesis of what could be a promising international career for Gavi. 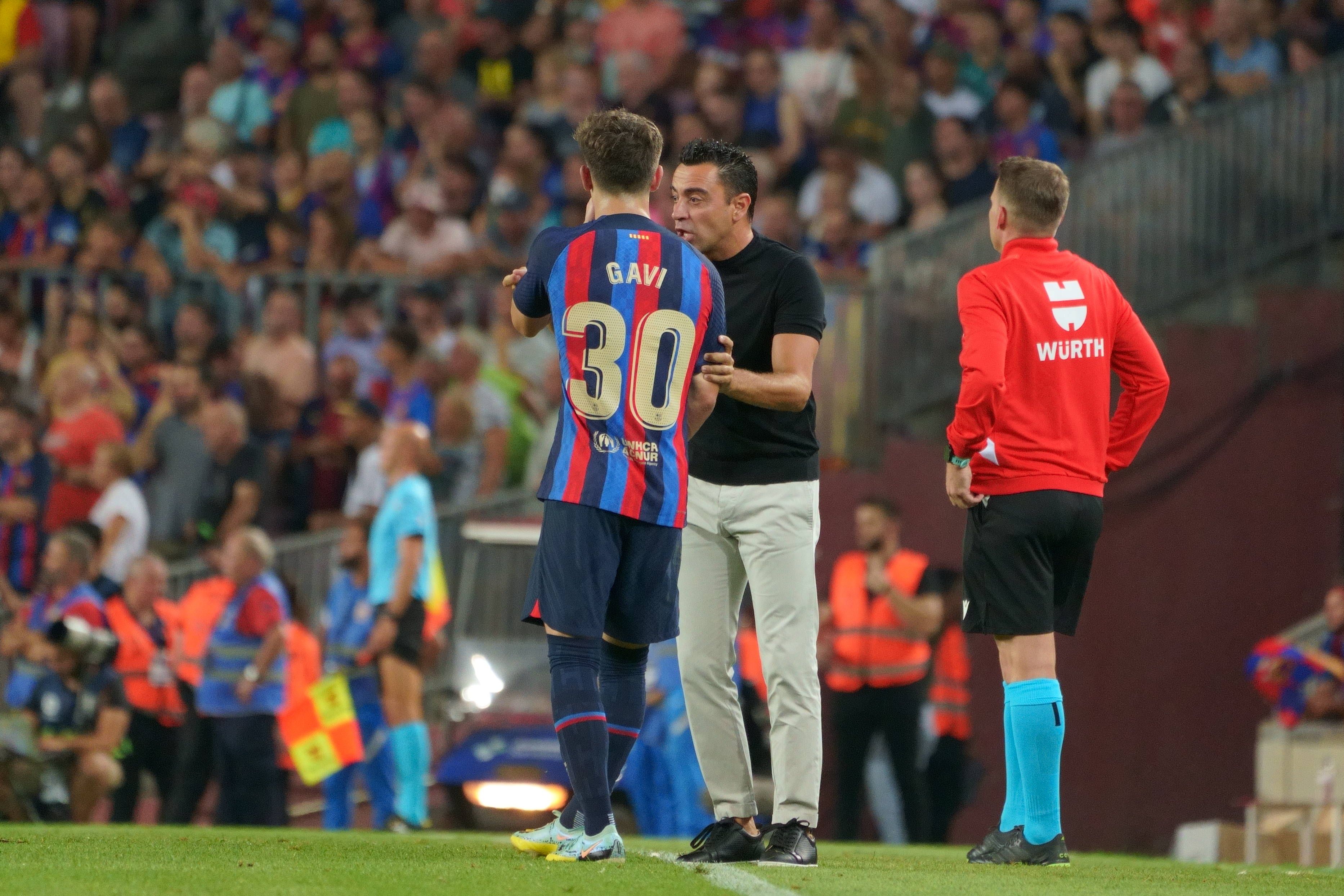 Three things you may not know about Gavi

His move into La Masia accommodation

After being signed by FC Barcelona’s academy from Real Betis at the age of 11, Gavi moved to the Catalan capital with his family and they stayed in an apartment in the very centre of town in La Rambla. Before long, though, he told his family that they should move back to Andalusia and that he would move into the accommodation at La Masia, convinced he could make it with the Blaugrana.

His triumph at LaLiga Promises

LaLiga Promises is one of the most prestigious youth football tournaments in the world and Gavi won this title during his youth career. In the 2016 edition, Barça were the victors as they defeated Real Madrid and Atlético de Madrid in the semi-finals and final, with Gavi scoring both of the goals in the 2-0 semi-final win over the Catalan club’s great rivals.

His red card during another Spain experience

Before his senior debut, the last time Gavi played for Spain at any level was in a friendly match for the U18s against France in May of 2021. That 2-2 draw wasn’t his happiest experience, as the midfielder was shown a straight red card in the 36th minute. Since then, though, Gavi has enjoyed success after success and has made history with La Roja’s senior side.