COMMENT: He doesn’t want to be there. And they don’t want him around. And no, we’re not talking about Ralf Rangnick. If Manchester United are serious about Mauricio Pochettino, then they need to just pay what’s needed and get it done… because what they’ve put in place just isn’t working.

Two stories. Two sources. And from two countries. It’s common knowledge now that Pochettino wants to take charge at Old Trafford. It’s also known that PSG have been trying to replace the Argentine since the start of the season.

In France it’s emerged immediately upon the dismissal of Ole Gunnar Solskjaer, United had their intermediaries make contact with Pochettino about the job. The Argentine was receptive – aggressively so. PSG also offered zero resistance and were prepared to release Poch from his contract, though on one condition: Zinedine Zidane had to agree to replace him. Effectively it was all in place. Even before Michael Carrick was picking his squad for the trip to Villarreal, United had their man. But it all hinged on Zizou and unfortunately for both clubs, his answer was a negative – just as it had been over the summer when contacted by Leonardo, PSG’s sporting director.

So United eventually reached a deal with Ralf Rangnick and Lokomotiv Moscow. But the Pochettino contact has continued and Eduardo Inda, the well-connected founder of OK Diario, has declared something is again brewing in Paris. The actors are the same. As are the motivations. Only the stage is different. This time PSG are seeking a jolt for their round of 16 Champions League tie against Real Madrid. And what better way to find that spark than to have Zidane in place to lead them against his old club. Crazy? Mad? Maybe. But there can be no underestimating the lengths PSG will go to break their UCL duck. Just consider the €170m rejected for Kylian Mbappe in August from Real, knowing he can leave for nothing in June. So just as in November, PSG are making their pitch to Zidane. Pochettino is preparing to pack his bags. And United are waiting by the phone hoping Zidane says ‘yes’.

But why be passive? Why allow the umming and ahhing of Zidane stall their own plans? United know Pochettino wants to join them. They and the Argentine know PSG don’t want him around long-term. So why not just make their play… together? It’ll be ugly. It’ll be criticised. But if United make a major compensation offer. If Pochettino goes public with his demand to be allowed to leave. Something could break. It could force PSG, the club that sacked Thomas Tuchel on Christmas Eve, to cave.

Yeah, yeah, there’s a lot of ‘what ifs’ in all this. But United need to do something… anything… because the club is meandering. The team is regressing. And the ramifications of a failed campaign that initially promised so much threatens to be felt well beyond just the one season. 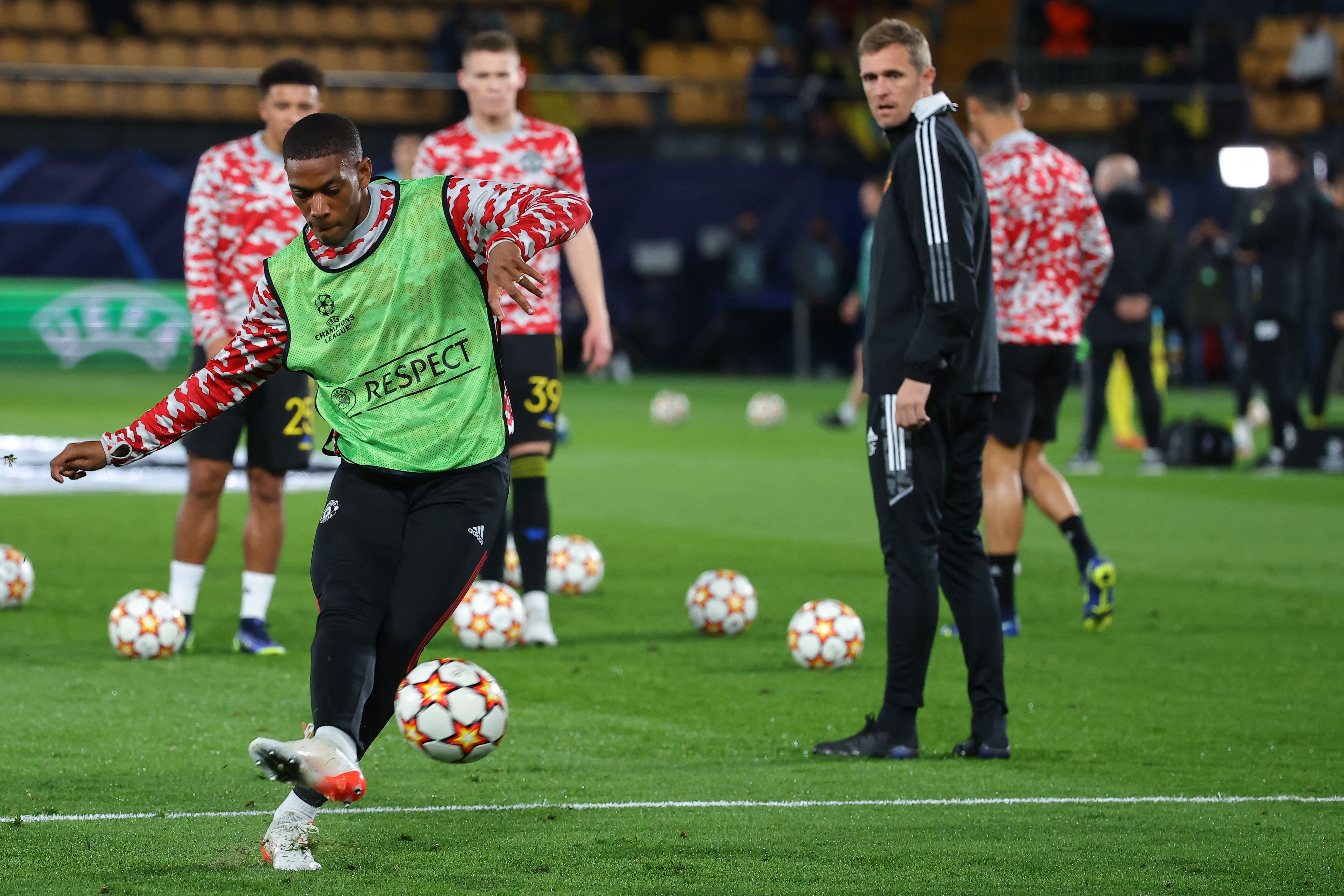 This column will put our hands up. There was promise in Rangnick’s appointment. As there was in his choice of staff. There was a contrast. The vast experience of Rangnick. The foreign background of his support staff. It was a point of difference from Solskjaer and his all-British crew.

But it isn’t working. Indeed, it’s gradually dismantling all the positives Solskjaer had brought to the club. And for all the cheerleading of his fellow Germans and fans in the press, Rangnick’s management is failing.

A prime example was the caretaker’s need to go public with his Anthony Martial accusations on Saturday. Rangnick claiming the wantaway Frenchman had refused to travel with the squad to Villa Park.

Martial, inevitably, was quick to fire back. The attacker taking to social media to effectively call the current manager of Manchester United a liar: “I will never refuse to play a match for Man United. I’ve been here for 7 years and I never disrespected and will never disrespect the club and the fans.”

The “7 years” comment notable given Rangnick’s barely been in charge for seven weeks. With zero history to lean on, the German better have rock solid evidence behind his claim.

But why do it in the first place? Martial had already met his manager’s demand to speak with him directly about wanting to leave. A conversation which had led Rangnick to inform his player that he wouldn’t be allowed to go.

So he had an unhappy player. A player that he had decided needed to stick around. One who has long needed coaxing and cajoling to get the best from. Yet instead Rangnick goes public in an effort to drive a wedge between Martial and the support. Why? What result does he expect to get from this? According to Rangnick, Martial is a required player. United need him. Yet he throws out an accusation of downing tools? An accusation which Martial has completely rejected and in process alleged Rangnick of fabrication? It’s a farce. A mess. And all the doing of Manchester United’s current interim manager.

The club is bigger than this. Indeed, for this column, United’s dressing room is bigger than this. Those upstairs need to act. You have a caretaker manager on a six month deal accusing a seven-year player of refusing selection. An accusation the player has completely rejected. This isn’t the stuff of Manchester United.

If the board are serious about Pochettino, then they need to pay what’s needed and get it done… because what we’re seeing at the moment isn’t working for anyone involved.