10-man Arsenal dug deep to frustrate Liverpool in a goalless draw at Anfield on Thursday.

The result felt like a win for Arsenal as they take the Carabao Cup semi-final back to London for the second leg.

Things couldn’t have started worse for Mikel Arteta’s side when returning midfielder Granit Xhaka was shown a straight red-card for a reckless challenge on Diogo Jota.

But rather than shirk the challenge, the visitors were galvanised and successfully repelled Liverpool with an impenetrable and disciplined low-block. 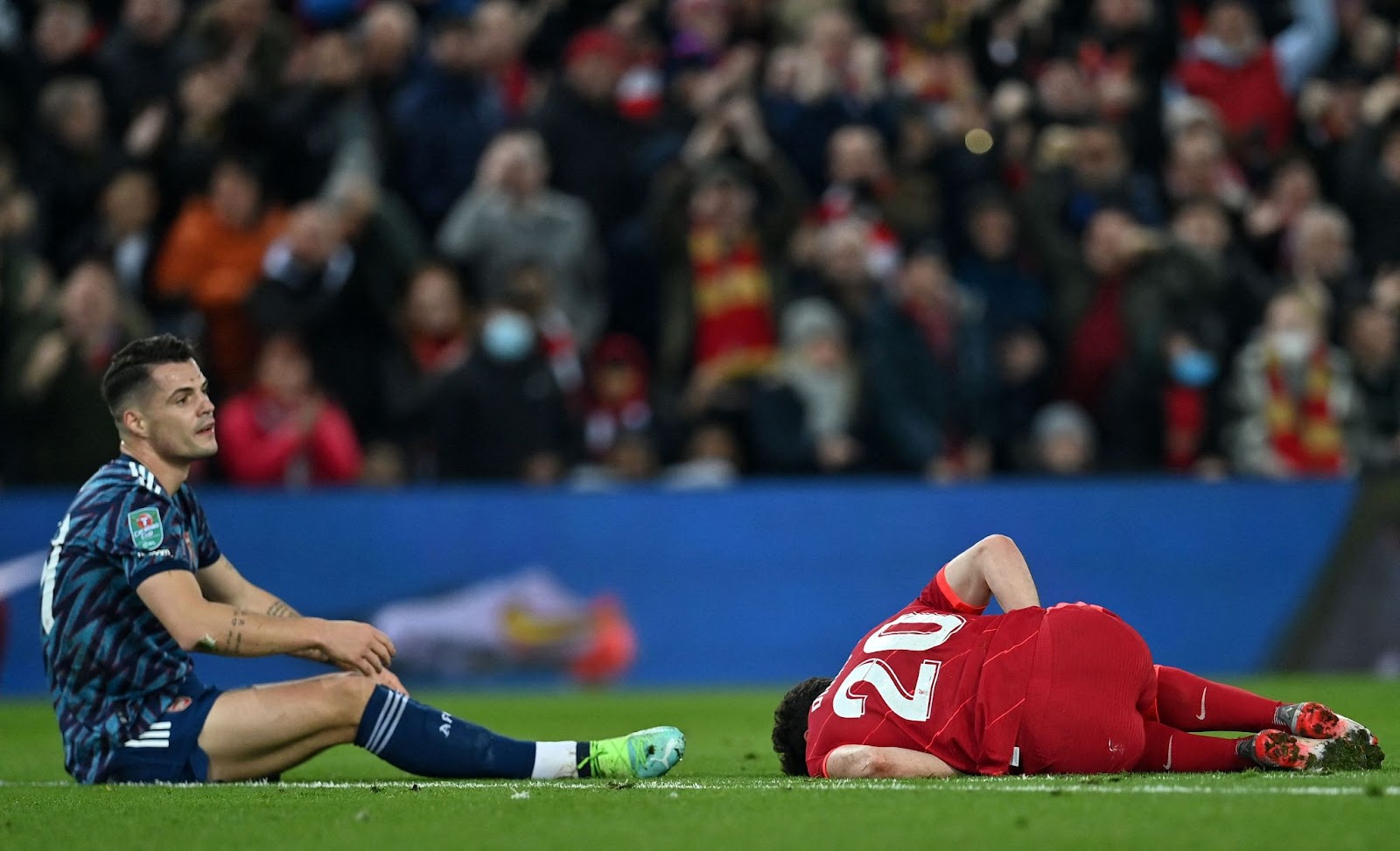 Although they were helped by a tepid Liverpool attack, who despite finishing the game with almost 80 per cent possession, mustered not a single shot on target.

It was Arsenal who first came closest to scoring after Kieran Tierney’s excellent through ball found Bukayo Saka.

The Englishman’s first touch was heavy but he managed to release a shot, only to be denied by an excellent save from Alisson.

As time ran down and Arsenal became weary, Liverpool produced the best chance of the game. 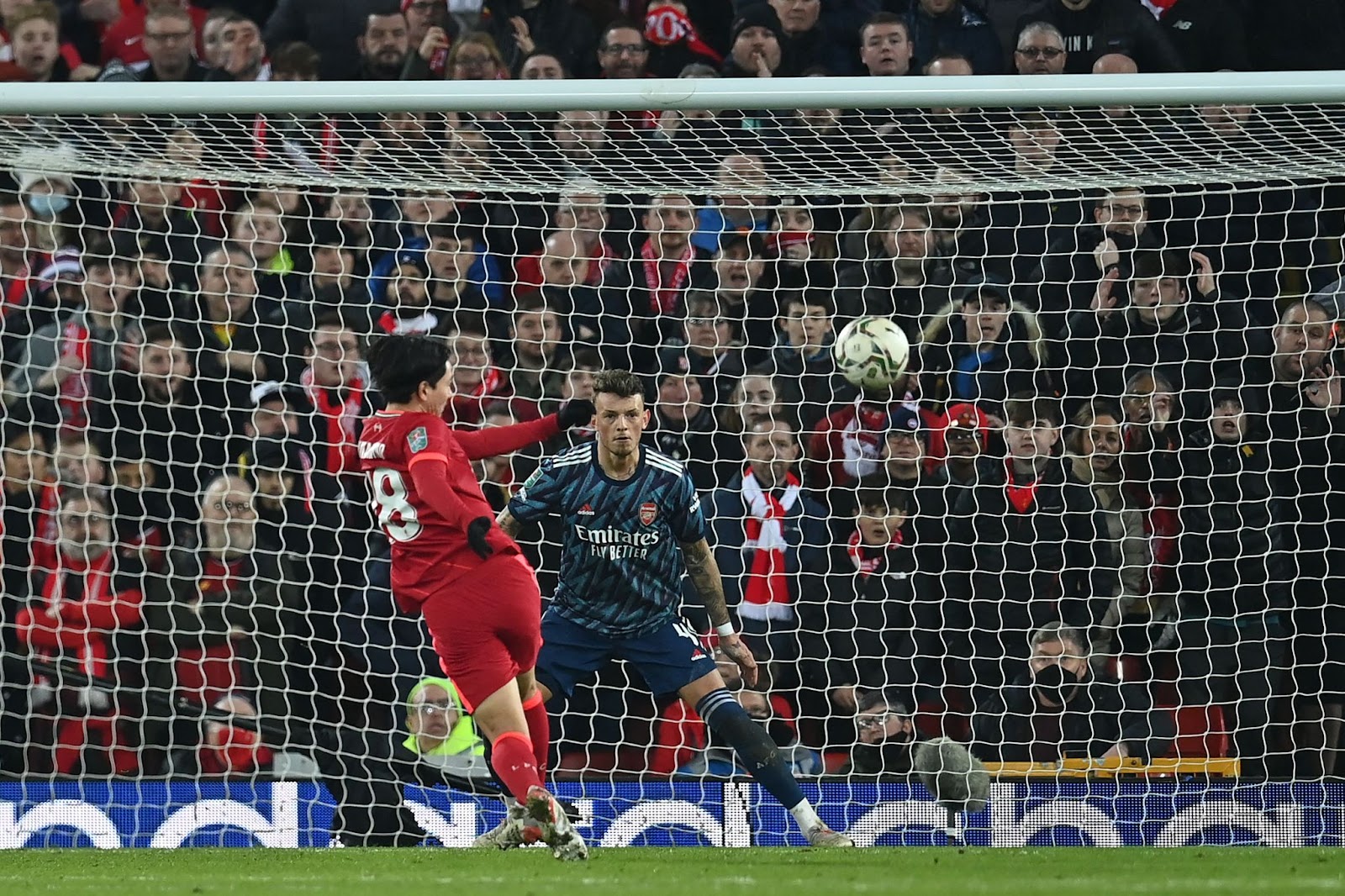 A mistake from Aaron Ramsdale saw the ball bobble to Takumi Minamino 10 yards out from an open goal.

But the Japan international did not get his head over the ball and skied his shot deep into a frustrated Kop.

When the final whistle blew it was clear who had felt like they had won the game, with the Arsenal players embracing and those in red hanging their heads in frustration.

The next leg will be played at the Emirates next Thursday.