Chelsea’s players will not have experienced a new appointment like this before. The normal rules for assessing the squad’s strengths and the compatibility of club and manager are out of the window, and it should come as a huge relief to the players that Chelsea have a one-month break between Premier League matches to recalibrate.

Graham Potter is a potentially game-changing addition to the ‘Big Six’. It is, of course, entirely possible that the radically different mental and tactical challenge of managing a super-club will prove too big a task for Potter, but more likely he will be a roaring success – as long as he is given as much time and patience as co-owner/chairman Todd Boehly has promised.

What he offers is elite tactical coaching alongside an unusually high level of emotional intelligence, excelling at the two different sides of management much in the way Jurgen Klopp has done at Liverpool. But in terms of his style of football Potter is closer to Pep Guardiola, not just in aesthetic but in his flexibility – hence why the normal rules don’t apply for Chelsea. He will convert players into new roles, coach multiple hybrid formations, and constantly tweak his ideas to exploit opposition weaknesses.

If things go to plan, Chelsea will be more malleable and sophisticated than we have ever seen them before. If he hits the ground running, even a Premier League title challenge is possible. 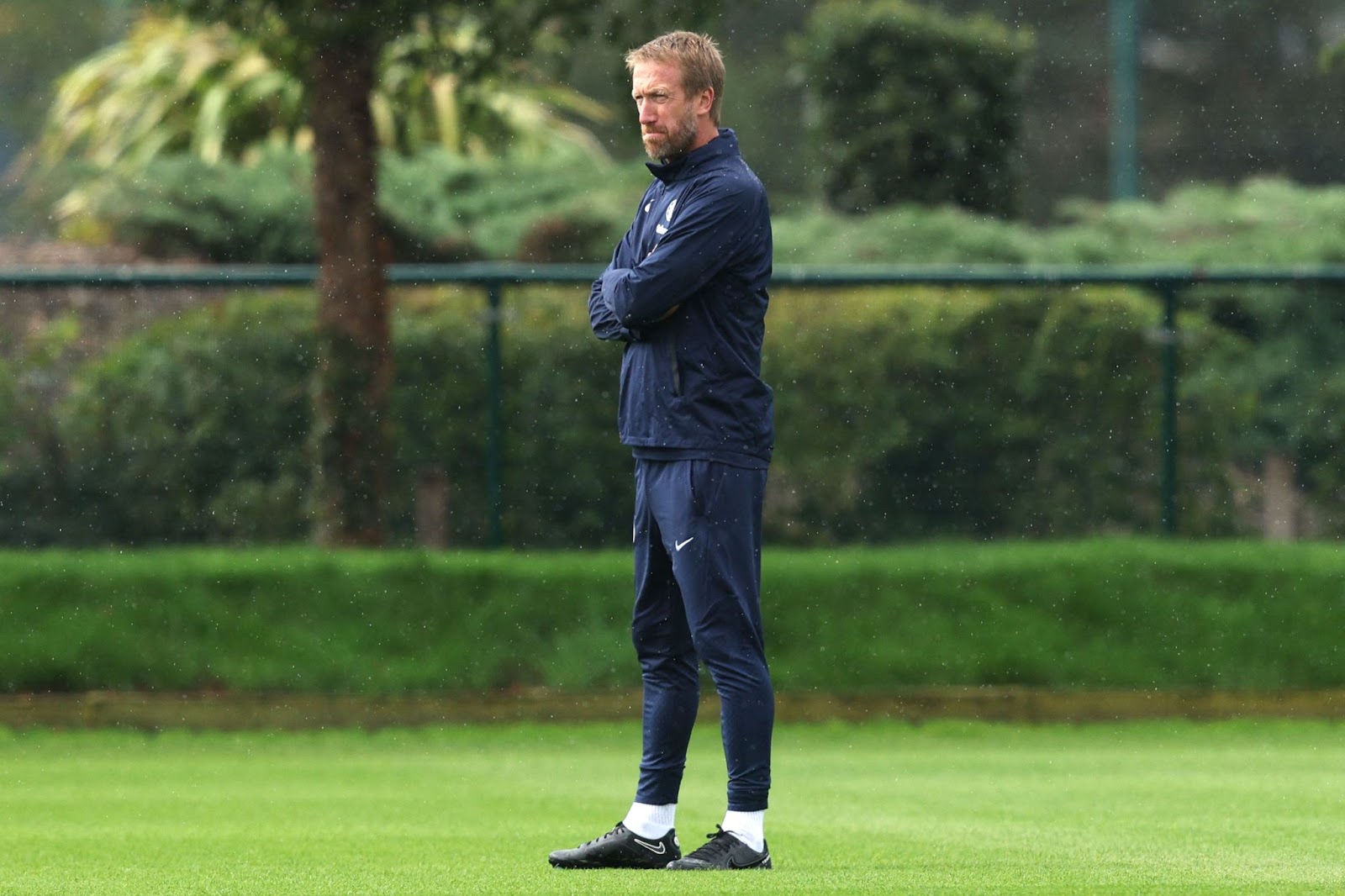 The main difference supporters will notice is the intricate build-up play from back to front, generally done within a 3-4-2-1 or 3-5-2 formation, with Potter looking to create numerical overloads in all three thirds thanks to the positional fluidity within the system. His use of aggressive attacking wing-backs provides the width while three centre-backs and typically a double pivot in front create the triangles needed to get through the first phase, before the real magic begins in midfield.

Most often, Potter has a box-shape midfield in which there are two midfielders high in the half-spaces and two lower, creating multiple passing options in triangles that confuse and overwhelm the opponent. However, sometimes there is just one deep midfielder connecting with as many as three number tens (as we saw in the 5-2 victory over Leicester City) and sometimes there is a dove-tailing front two.

It is a big change from Thomas Tuchel’s preference for verticality and speed through the lines, although it would be unfair to characterise Potter as a prosaic possession coach who demands slow build-up to keep everything neatly in those triangles (like Guardiola does, for example), because Brighton were a strong counter-attacking side, too. In truth, there is too much variation to capture in a few paragraphs, which is precisely the point: it wouldn’t be so confounding to opposition managers if it could be so easily pinned down.

Off the ball, Chelsea will be expected to press far more aggressively than under Tuchel, most of all initially after losing the ball but also from opposition goal kicks to prevent play from building into their own defensive zone of the pitch. Potter demands a lot of running, whereas Tuchel generally favoured dropping into a midblock to ensure compression between the lines. 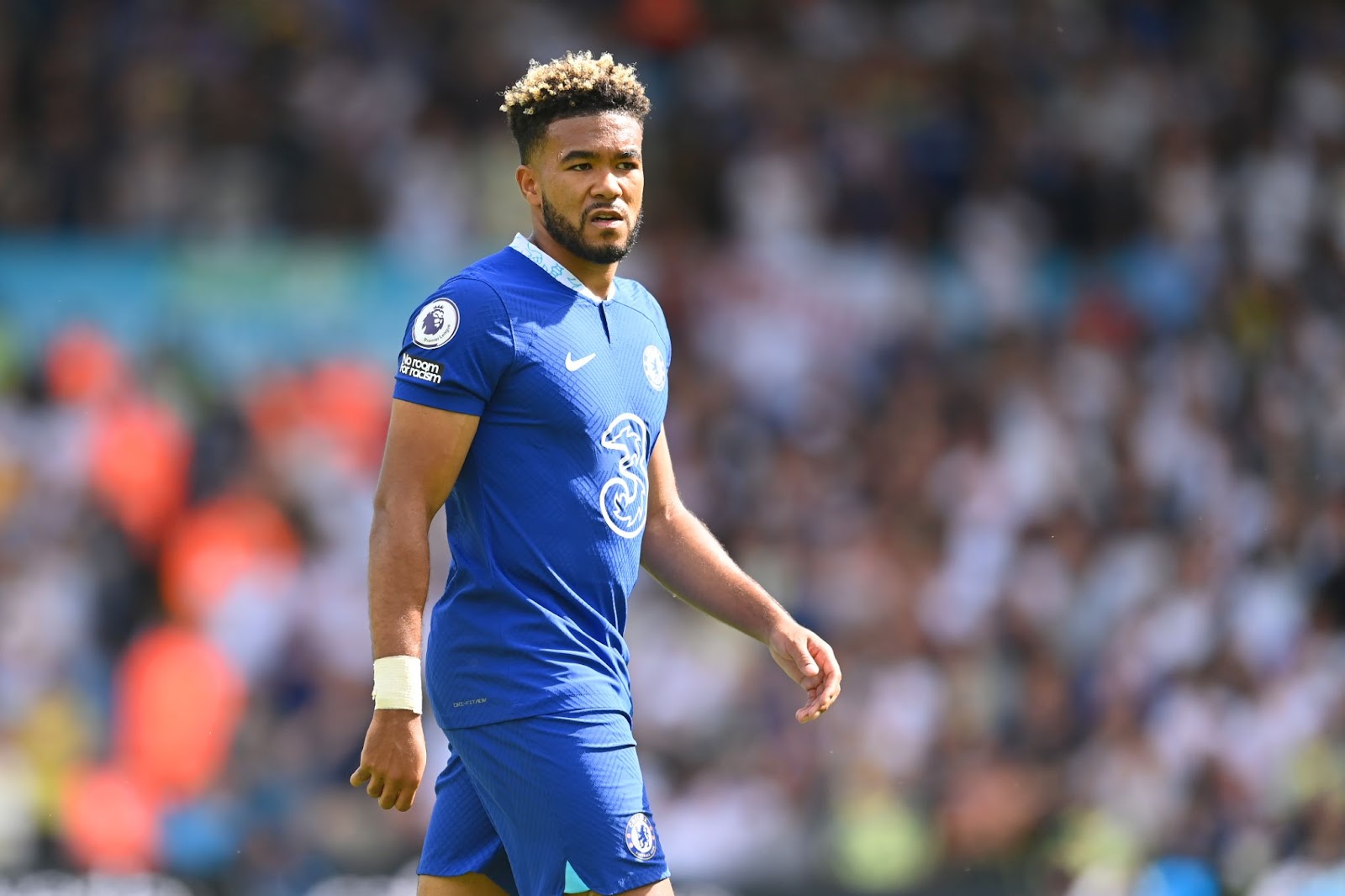 How the Chelsea squad will adapt

To analyse which Chelsea players will benefit most from Potter’s approach means looking beyond which of the current crop are strong in certain positions. Instead, we need to look for positional intelligence and the capacity to play quick one-touch football under pressure.

Assuming Potter broadly uses a 3-4-2-1, the first thing that jumps out is the importance of wing-backs and line-breaking central midfielders, whereas Chelsea’s wingers are likely to struggle to get into the team. Potter’s systems are very narrow in order to increase those passing options and therefore any wingers are generally converted into tens – essentially inside forwards who shimmy up and down the half-spaces – or wing-backs, who can come inside or overlap.

Mason Mount and Kai Havertz should thrive because both are very sophisticated in how they read the game and float into pockets between the lines. They are intelligent players who will listen diligently to the manager’s instructions, and Havertz in particular could be a player reborn. He was one of the brightest prospects in Europe at Bayer Leverkusen, operating somewhat paradoxically as a goalscoring false nine. It will be fascinating to see if Potter can finally unlock this potential.

Raheem Sterling is likely to be fielded in an inside left role, although it is equally possible he will be converted into a left wing-back, supported by overlapping centre-back Marc Cucurella. Hakim Ziyech and Christian Pulisic may also be seen as potential wing-backs, although Ziyech has experience playing in central areas in a complex possession system at Erik ten Hag’s Ajax. 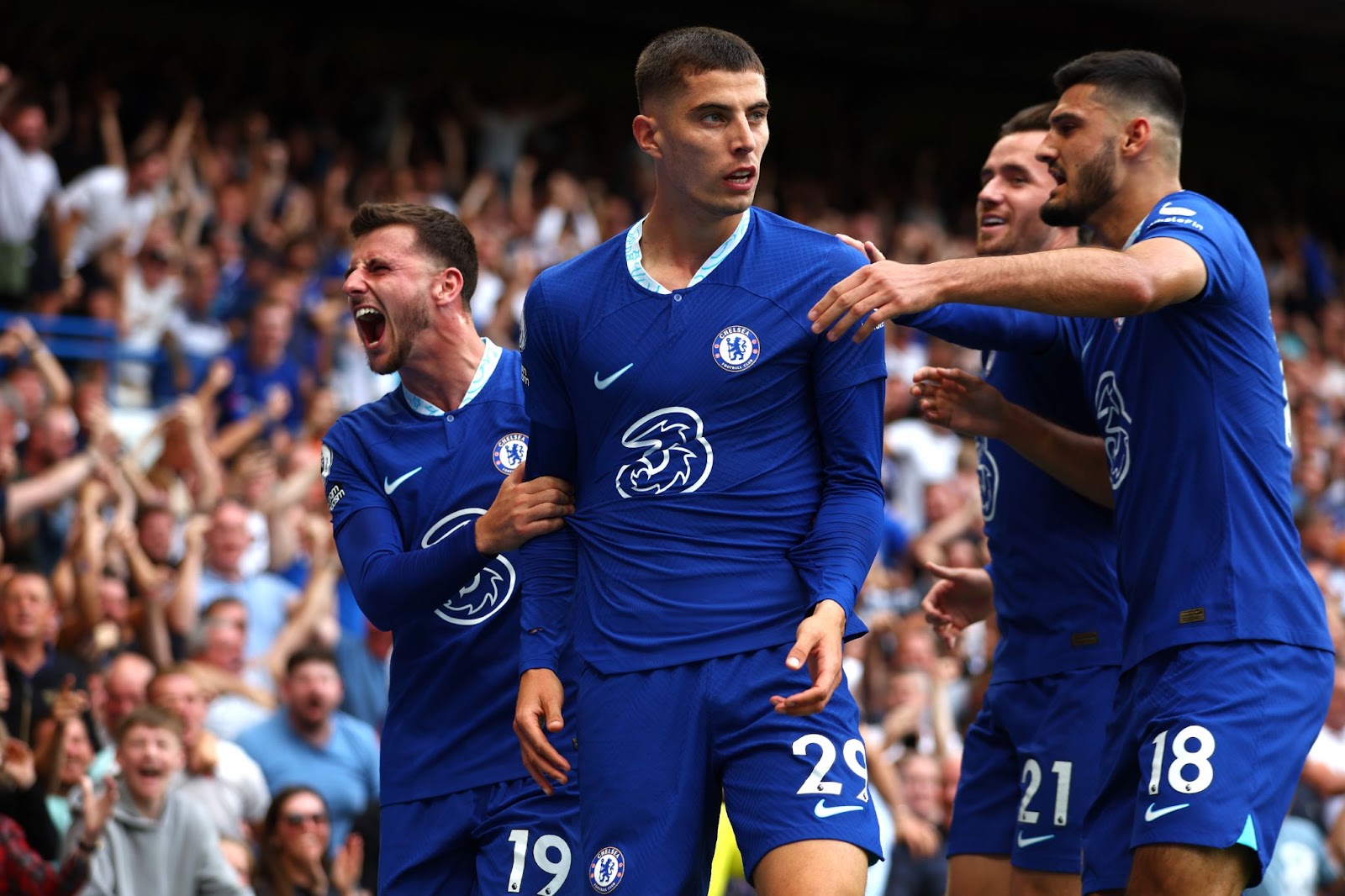 Pierre-Emerick Aubameyang is arguably the least suited player to Potter’s ideas, with Havertz and Armando Broja better fits up front, while Potter may feel he needs reinforcements in midfield. Even putting to one side the injury issues for N’Golo Kante, Matteo Kovacic, and Jorginho, Potter will want a couple more attacking eights in the mould of Enock Mwepu and Moises Caicedo. In the meantime, Conor Gallagher and Ruben Loftus-Cheek could enjoy a lot of game time thanks to their malleability.

Potter will be very happy to have a month with the players, enjoying a mini pre-season to get his ideas across before the job really starts. In that time, he should discover that Tuchel has left behind an unusually intelligent squad. Just five points off Arsenal at the top of the Premier League table, it is not outside the realms of possibility that Chelsea can make an immediate play for the title.

​Nice frustrated with Schmeichel over 'fitness and punctuality'