Gerrard and Coutinho reunite at Aston Villa: Why 'risk-free' transfer can be successful

Aston Villa have had the most extraordinary, scarcely-believable few years. As recently as the summer of 2018, six months after Philippe Coutinho had joined Barcelona for a fee rising to £142 million, the Championship club came within a few weeks of bankruptcy. Most supporters saw their play-off final defeat to Fulham as the end; the final chance to save the club from the wilderness squandered.

Although that fate was avoided by a buy-out, as recently as February 2020 Villa were stuck in mid-table in the Championship and going nowhere fast. Dean Smith arrived and everything changed, and yet, as recently as July 2020 Villa looked dead and buried in the Premier League relegation zone, set to lose Jack Grealish for a fraction of his value and most likely consigned to another long stint in the second tier.

There is a remarkable line to be drawn between a one-in-a-million goal-line technology failure in Villa’s 0-0 draw with Sheffield United on June 17 2020 and, 568 days later, the fourth most expensive player in football history signing for the club. Had the gods not shone on Villa that day, a sliding doors moment in a half-decade of ludicrous sliding doors moments, they would not now be welcoming Coutinho to Villa Park and solidifying their place as a European challenger. 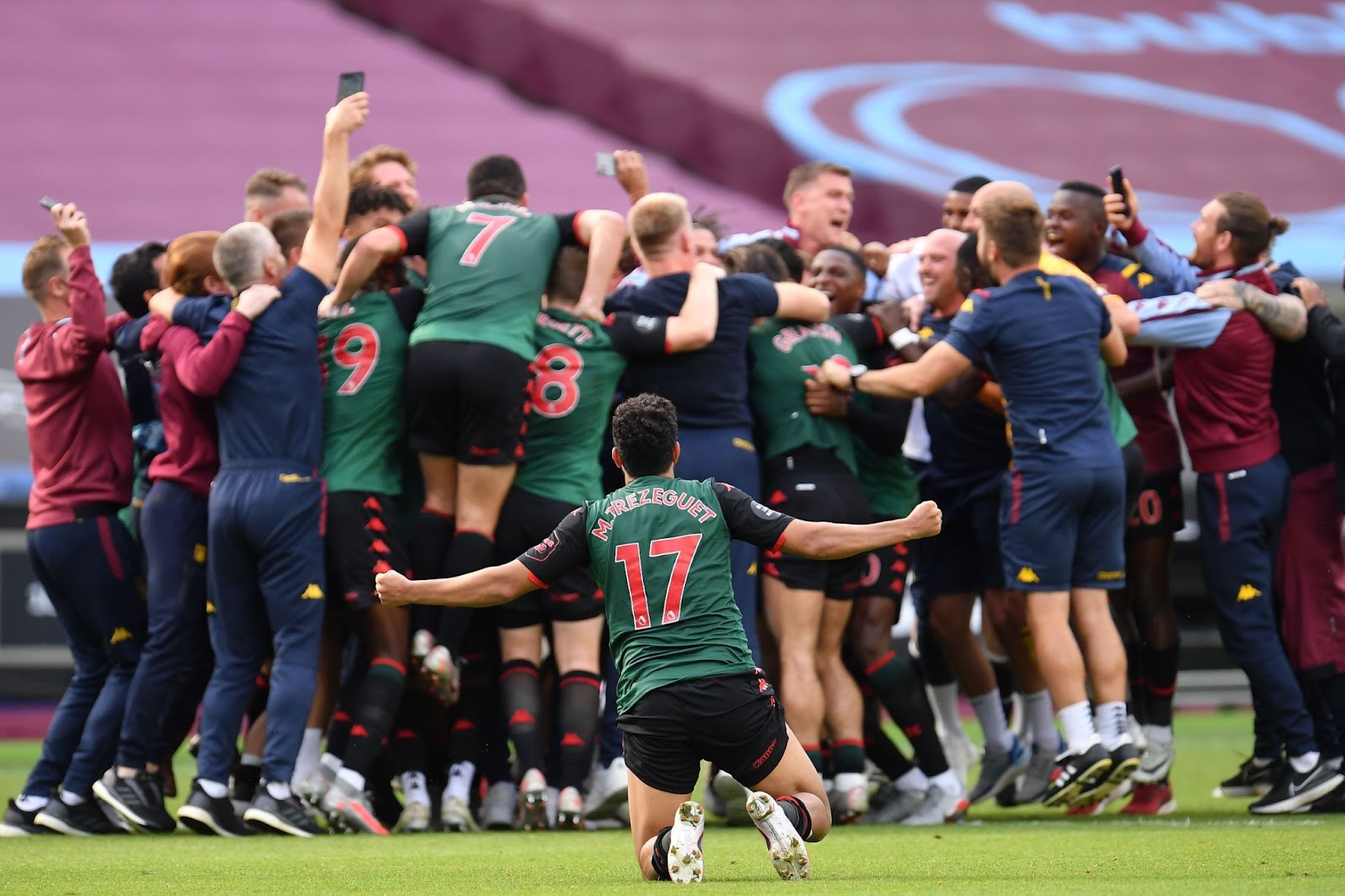 Coutinho to Villa is a dream signing for the club and for his former captain Steven Gerrard, but there is a reason why the team currently ranked 14th in the Premier League had a free run at him. Coutinho has played just 500 minutes of league football this season and started a mere eight times in La Liga in 2020/21. Before that, a disappointing loan spell at Bayern Munich completes three barren years.

This is not the Coutinho who left Liverpool, not the Coutinho who amassed 12 goals and nine assists for Liverpool in the first half of the 2017/18 season. Of course, we do not know whether his demise since then is a combination of low confidence, low fitness, and being a bad fit for Barcelona – or whether he is no longer capable of reaching the heights of his early 20s. But if it is the former, then Gerrard and Villa have signed a player who perfectly fits their tactical system.

Gerrard is believed to see Coutinho as capable of playing as a free eight or as a number ten, and in both cases Villa’s ‘Christmas Tree’ 4-3-2-1 formation should get the best out of the Brazilian.

Coutinho’s most notable quality is his shooting from range, but while this is how we remember him – imprinted thanks to the nostalgic highlights reels – there is a lot more to his game than that, although Gerrard, loving a game-changing wonder-strike himself, certainly won’t repress Coutinho’s instinct for flair. Villa’s attack lacks that magical creative spark without Jack Grealish, and indeed so far under Gerrard it is the final product that has been the problem. 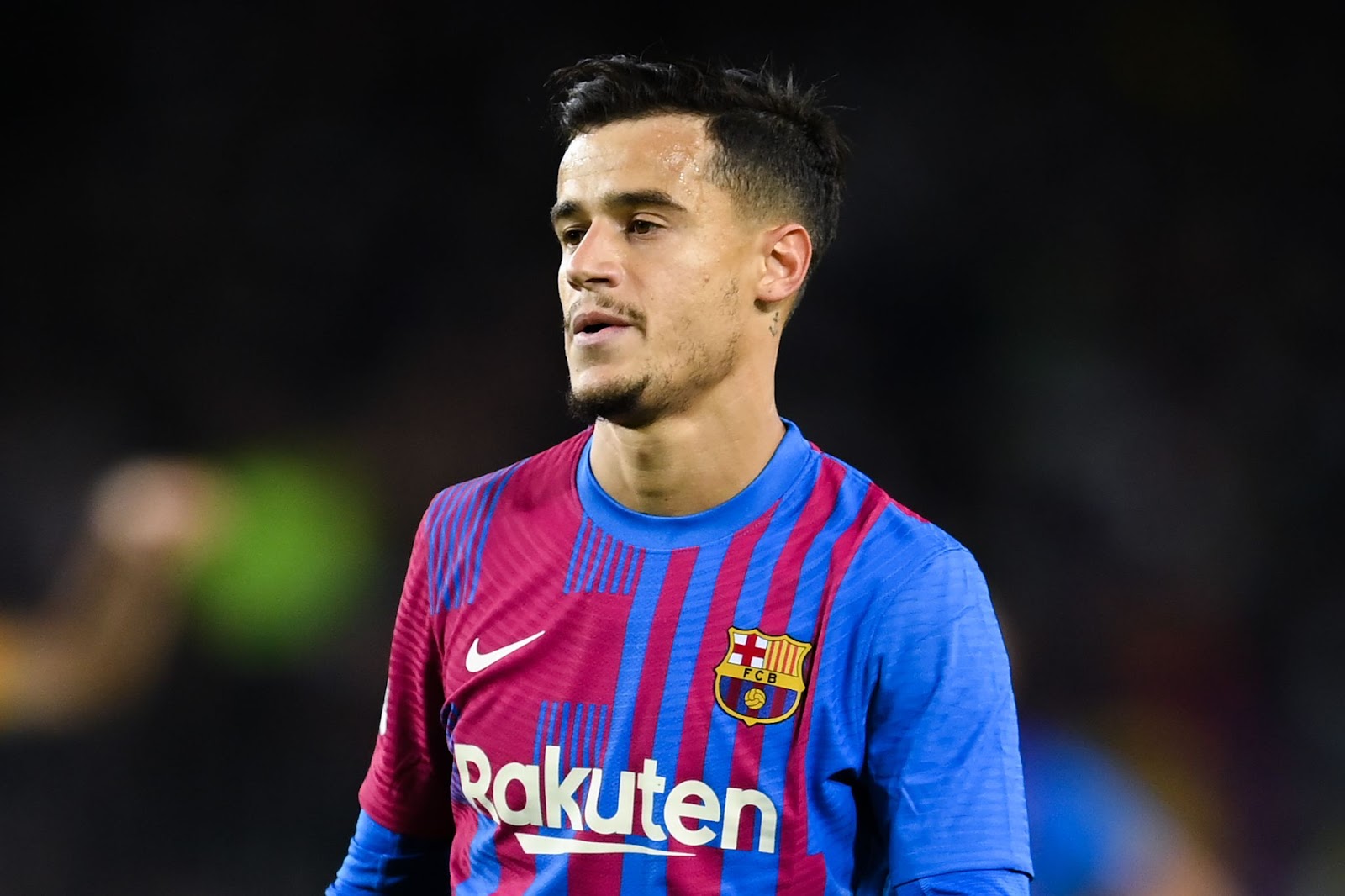 The diligent tactical organisation of Gerrard’s team, and the assertiveness with which Villa press in the middle third of the pitch, has ensured they are regularly on top in matches – only to struggle to create once they get into the final third.

What’s more, note how the intelligently-coached triangular patterns in Villa’s midfield – where one-touch football is already common – saw Emiliano Buendia receive the ball in space, 30 yards out, on multiple occasions against Manchester United on Monday night. In the same situation engineered by Gerrard’s tactical setup, Coutinho will take a shot.

Magic and instinctive creativity aside, Coutinho will also add something to how Villa construct their attacks. As an attacking eight, playing in one of the two roles in front of a defensive midfielder, he has the agility, balance, and dribbling skills to break lines on his own – something Gerrard is clearly encouraging, judging on the bursting dribbles of John McGinn and Jacob Ramsey in recent weeks. As Grealish once put it: Coutinho can “go past players like they aren’t there”.

Coutinho really came into his own during those final six months at Liverpool after Jurgen Klopp converted him into one of the eights in his midfield, much in the same way Harvey Elliot provided a fresh perspective before his injury earlier this season. Gerrard is right to assume Coutinho can take up this position again; one that, crucially, he has not been used in since leaving Anfield. 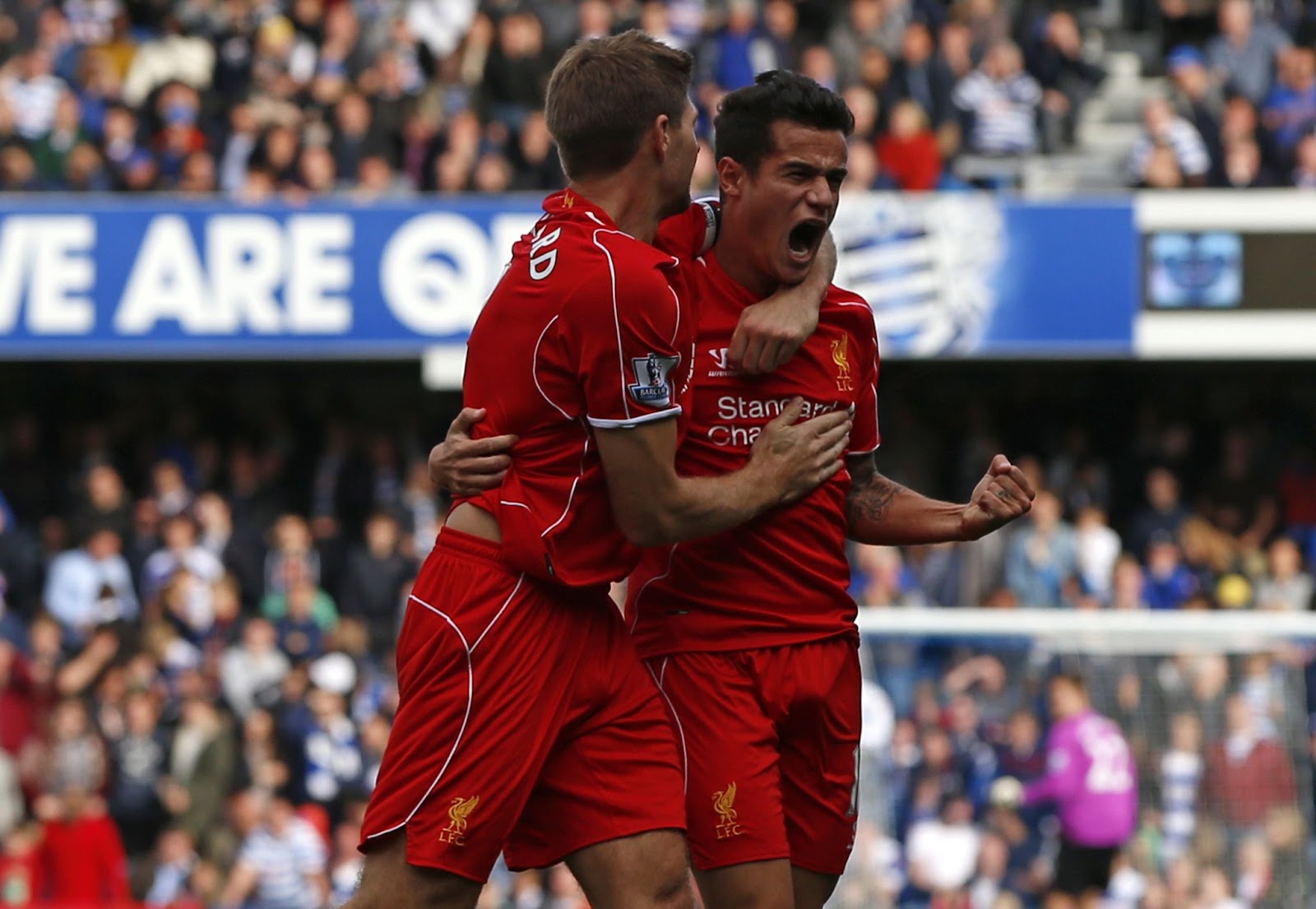 Gerrard and Coutinho celebrate as teammates at Liverpool

A positional shift could spark a revival of his best form, then, although that could just as easily be as one of the two number tens in Villa’s 4-3-2-1 formation. Coutinho initially played well for Barcelona after his transfer in 2018 when Ernesto Valverde deployed him as an inside forward in a 4-2-2-2 formation (essentially the same position as the winger/tens in Gerrard’s 4-3-2-1), with the Brazilian only falling out of favour after Valverde reverted to a wider 4-3-3. That is the system Coutinho has been crowbarred into ever since, both at Barca and Bayern.

No wonder he never really settled. Coutinho is at his best in the half-spaces, playing a more central role either as a ten or a free eight. Given that Gerrard has seen what Coutinho can do first hand, and given that Coutinho feels comfortable at Premier League level, using the Brazilian in one of his two actual positions may lead to a major renaissance.

What it means for some of his new team-mates is another matter. It is hard to see Buendia and Coutinho in the same team considering that it would remove all pace from the Villa attack, while it would be a shame for the burgeoning Ramsey to see his minutes diminish in central midfield.

Nevertheless, a six-month loan is risk-free for Villa, and fans will surely trust the judgement of a manager who captained Coutinho for several years. Played as a ten or an eight in the club’s unusual formation, there is every reason to believe he will be a big success.