From Sarr at Watford to RB Leipzig duo: Top 5 young players to watch at AFCON

With Africa’s most prestigious men’s football competition kicking off this week, the excitement in the continent and internationally can’t be contained.

The competition format recently underwent an expansion which will see 24 teams participate in it for only the second time. This expansion highlights how far the tournament has come from its inception in 1957. Some of the favourites going into this tournament include nations such as Algeria, Senegal, Morocco, Cameroon, Egypt and Nigeria.

Although these veteran players possess the skill and technique to spearhead successful campaigns for their respective nations, it is important viewers watch out for the next generation of players included in these squads.

Continental competitions such as the EUROS and AFCON can act as a spotlight for young players with the ability to perform well at club level. Some of the youngsters that picked up major individual awards at the completion of previous AFCON tournaments have gone on to impress even more at their clubs.

With that said, here is a list of 5 of the most exciting youngsters that will participate in the AFCON tournament in Cameroon:

One of the nations that could dominate in the upcoming tournament is Guinea.

With players such as Naby Keita and Amadou Diawara, a young Ilaix Moriba can flourish in a midfield partnership with such seasoned players.

The youngster came through the Barcelona academy ranks before getting a few chances with the first team and making a name for himself as a member of Barcelona’s core.

Although the 18-year-old has made a move to German outfit RB Leipzig, he doesn’t seem to be getting enough chances as he did back in Spain.

At the AFCON, Moriba can expect the trust of the national team’s manager to represent his country and show viewers what he’s made of.

The teenager’s willingness and excellence at a variety of midfield positions will give Head Coach Kaba Diawara a lot of options on how to set his midfield up. With an eye for goal and a physical dominance beyond his years, Moriba is set to have a wonderful experience at the African Cup of Nations 2022. 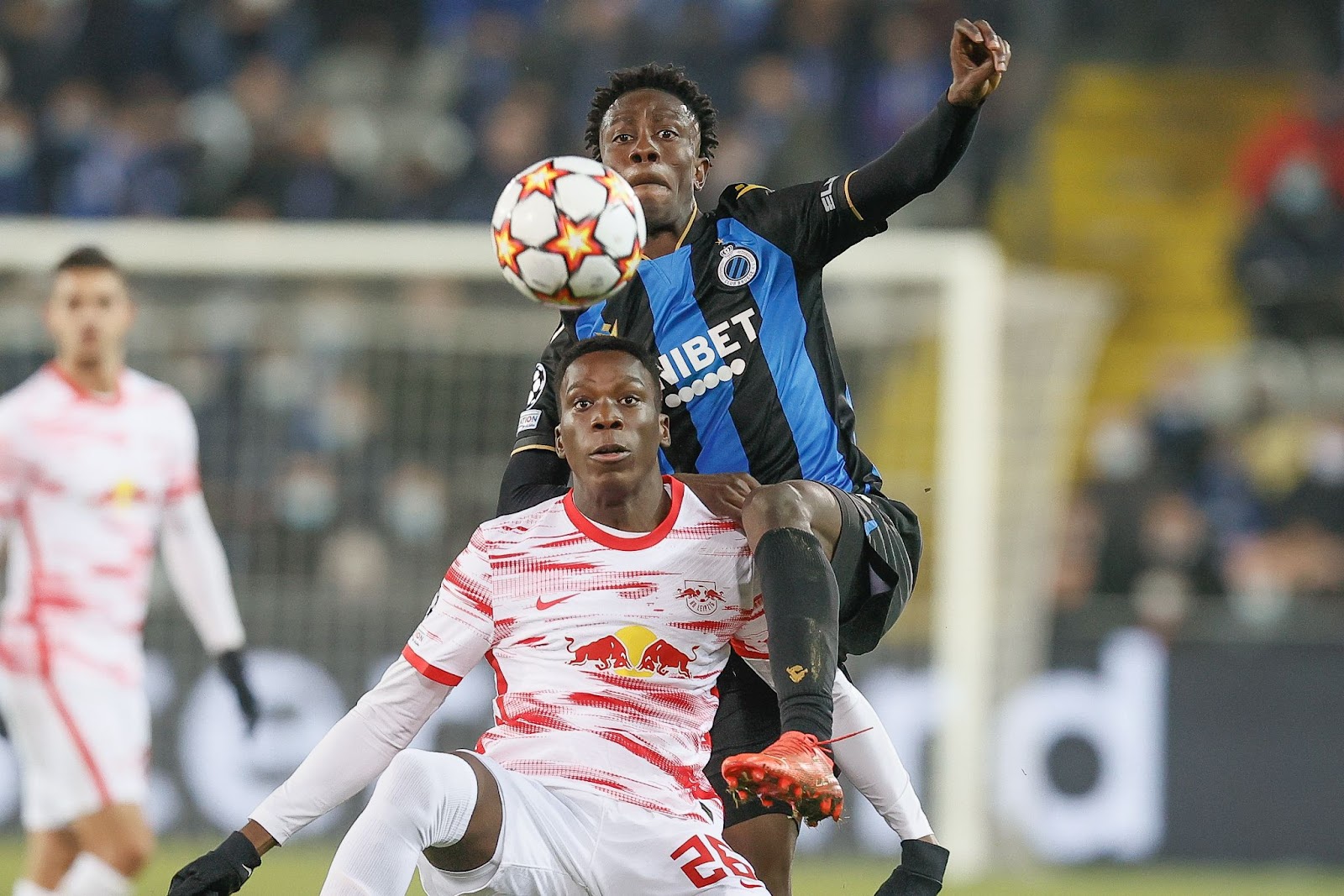 Samuel Chukwueze is one of the best young talents in the Spanish top-flight.

The Nigerian winger has had good spells of football in Spain which have earned him comparisons to some of the most legendary wingers in the world including Dutch phenomenon Arjen Robben.

One of the many facets of the Nigerian starlet is his outstanding ability to exploit open space in the attacking third and drag opposing defenders out of position which makes fellow Nigerian attacking players including Ahmed Musa and Odion Ighalo lucky to have Chukwueze on the pitch with them.

Another critical part of his skillset that could see the Nigerian national team thrive is his defensive awareness.

Despite being a forward, Chukwueze is adept at winning both aerial and ground duels, cutting down angles and shutting down progressive passing lanes.

In conclusion, the AFCON tournament can serve as a platform for this promising young talent and his exceptional dribbling skills to thrive, lead his nation to lift the trophy, and maybe increase his chances for playing amongst the elite at club level. 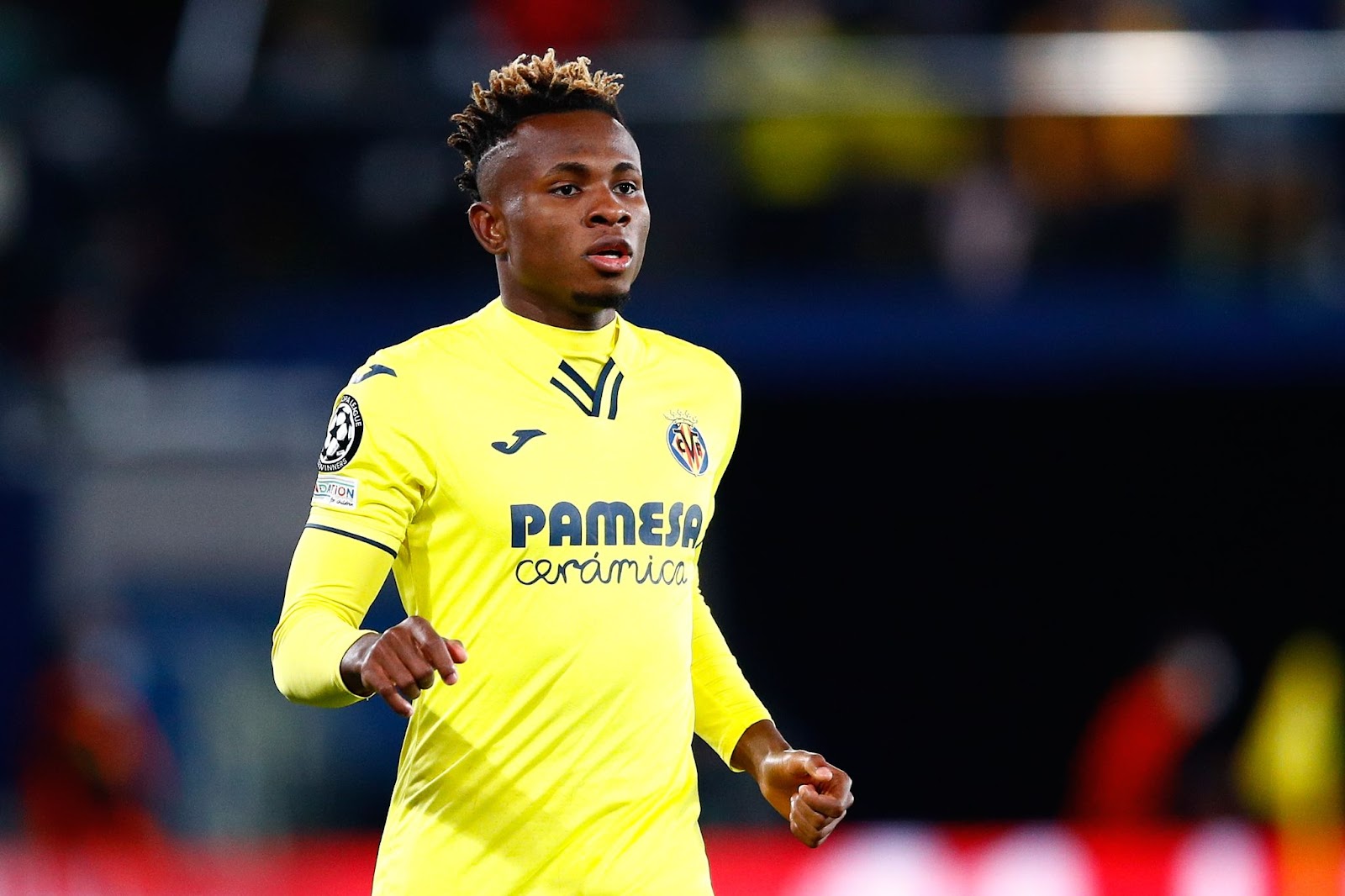 As the Black Stars prepare to challenge for their fifth AFCON title, they’ve named a strong squad with a fine balance between veteran experience and youthful exuberance.

One of the impressive youngsters they called up is left winger Kamaldeen Sulemana.

The 19-year-old forward took the Danish league by storm and won a Danish SuperLiga Player of the Month award in April 2021 before moving on to French outfit Rennes. Sulemana’s impressive performances and dribbling flair have earned him comparisons to Neymar.

The youngster’s gameplay goes beyond his ability to take-on defenders as he possesses quite an eye for goal. His devastating pace and trickery should be called upon by head coach Milovan Rajevac if the Ghanaians plan to put on a show at the tournament. 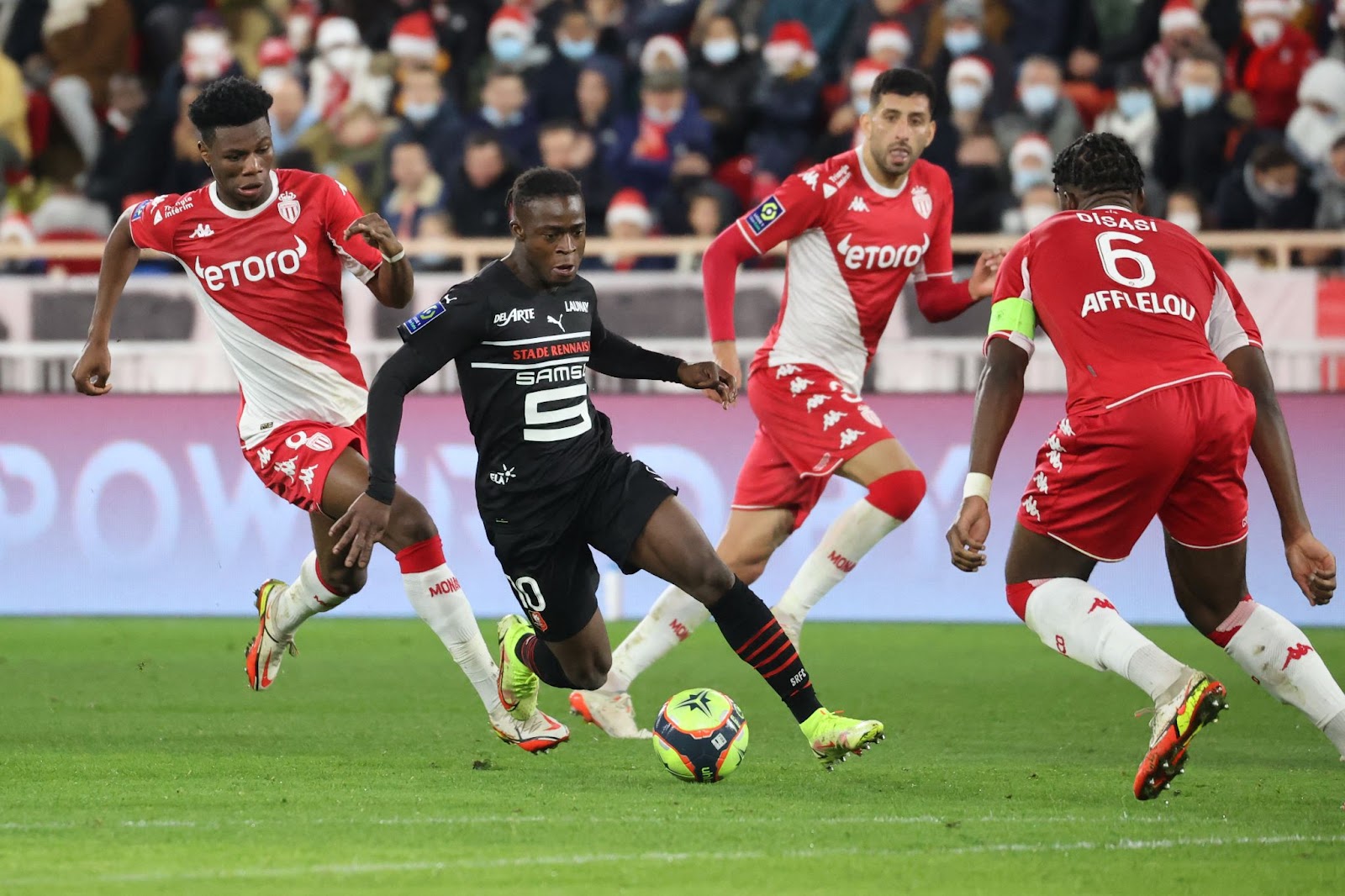 The Senegalese national team has a left-winger in the English Premier League with the ability to score crucial goals and create goalscoring opportunities and it isn’t Liverpool’s starlet Sadio Mane. It’s Watford’s youngster Ismaila Sarr.

Before making a move to the Premier League, a host of top European clubs were interested in securing the Senegalese forward’s services seeing as his extreme talent was on the market for a relatively cheap price.

Sarr’s skill set consists of a devastating dribbling arsenal and pace that allows him to cover short and long distances with ease.

With a tall frame that can allow him to add the ability to contest for aerial duels to his game and his proficiency in coming off the wing to curl the ball in with his preferred right foot, it should be interesting to see how he performs alongside talisman Sadio Mane and Keita Blade. 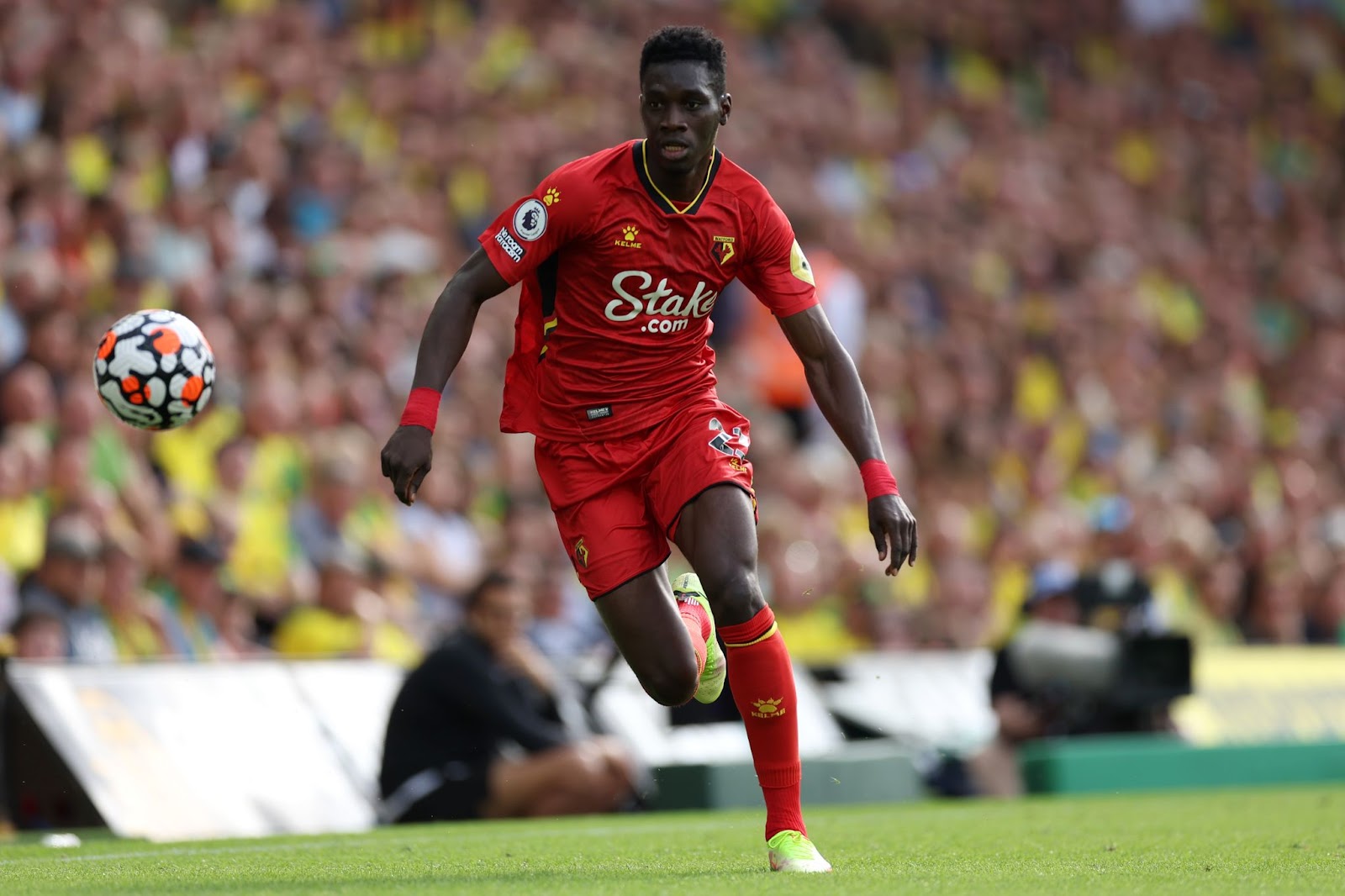 One of the most interesting teams that will participate in the AFCON is Les Aigles headed by Mohamed Magassouba.

His midfield selection is without a doubt one that viewers should look out for especially because of youngster Amadou Haidara.

The centre midfielder currently plies his trade at RB Leipzig but could soon move to a different club with Manchester United said to be making inquiries.

At a young age, Haidara has put in stunning performances in the Bundesliga as a ball winner and ball-carrying midfielder with a lot of energy.

Haidara has excelled in all competitions with Leipzig with the support of his fantastic teammates and should expect that same success at the AFCON playing alongside Brighton’s Yves Bissouma and RB Salzburg’s Mohamed Camara. 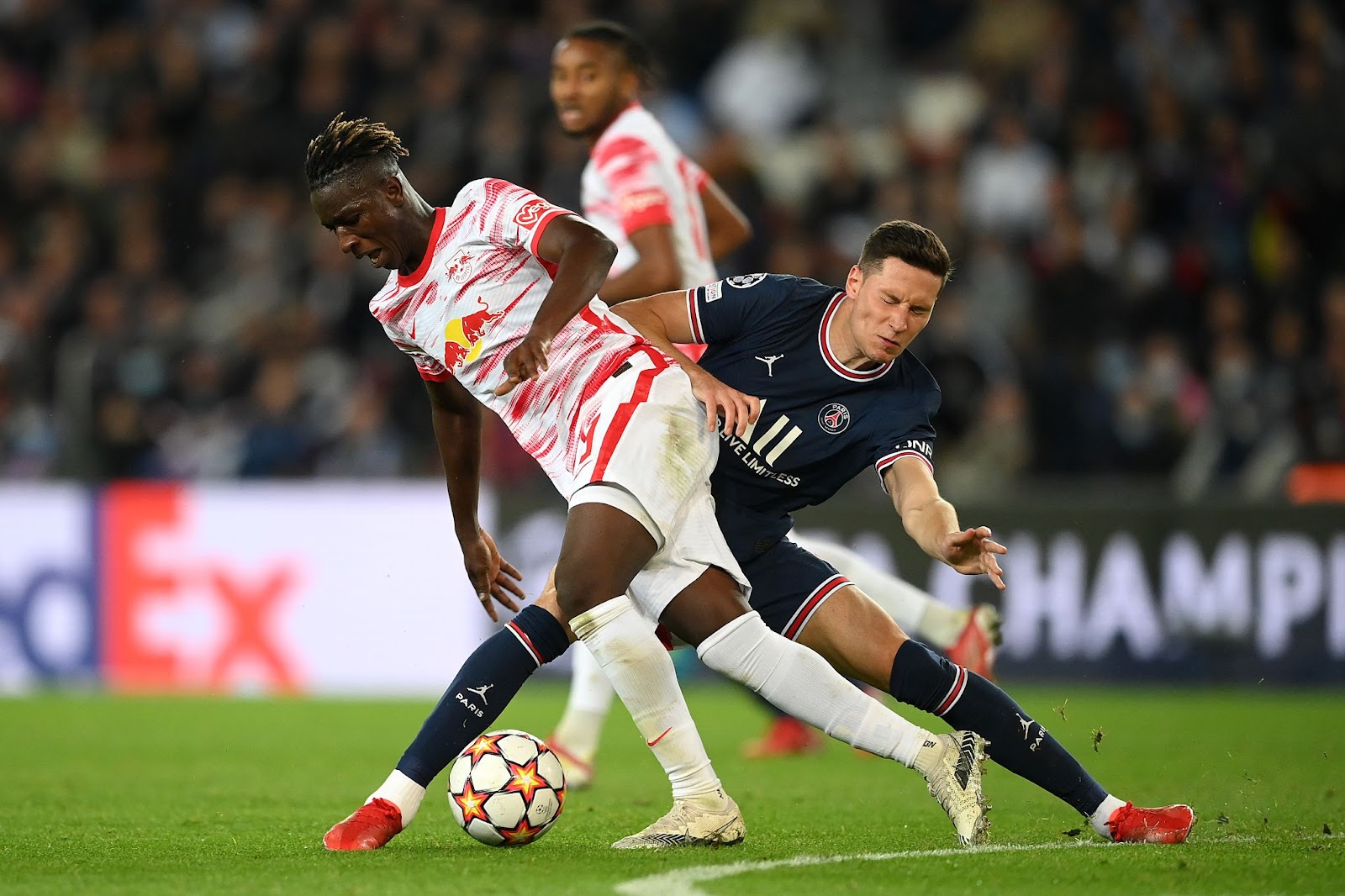