For Albania’s football fans, Rudi Vata is a legend and regarded among the greatest in their history.

He played for three of the biggest teams in Albania – Vllaznia, Dinamo, Tirana. And his talent took him to some of the biggest championships in Europe. France with Le Mans and Tours, in Scotland with Celtic and St Johnstone, in Cyprus with Apollon Limassol, in Germany with Energie Cottbus and Rot-Weiss Ahlen, while he also played on the other side of the world in Japan with Yokohama FC.

“I started playing football when I was a young boy, 5-6 years old, in the streets of Shkoder, my hometown,” Vata recalled to Tribalfootball.com.

“I was a young child with a lot of passion. I realised I had to work and work to become the football player I became.”

As a defender and defensive midfielder, Vata became the first Albanian to win honours in a major European league, when he lifted the 1995 Scottish FA Cup with Celtic. He also won three titles in Albania – one with Dinamo and two with Tirana. And with the national team, Vata played from 1990 until 2001 collecting 59 caps and scoring 5 goals.

However, that natural defensive talent wasn’t developed until late into his teens.

“Until I was 17 years old I was playing as a centre-forward, a target man with Shkendija e Tiranes – a football school in Tirana. Before I became 18 years old, the coach of the Albanian U18 team decided to play me as a centre-back and since then I played in that position. I enjoyed it, I made a lot of progress in that position. In that time my role models were in general the Dutch players like (Johan) Cruyff and that trio (Ruud) Gullit, (Frank) Rijkaard and (Marco) Van Basten.”

Looking back, Vata treasures the experiences his talent afforded him as he traveled Europe and the world.

“I played in different countries and I learned about different schools in Europe. Every experience was an experience that created a new world for me, I embraced every opportunity and I made sure I became a success wherever I played.

“Initially my adventure started in France in 1991, I had to play an international game against the national team of France at the Parc de Prince, and after the game I requested political asylum. I then had to wait for an offer from a French club.

“It was hard. A lot of difficulties. But I had to work to be patient and never give up. I became an important player at every club that I played because I was so professional, so dedicated and I was always leading by example. I thought that without discipline I cannot achieve anything. Every experience in France, Germany, Scotland etc made me the person who I am today and I had the opportunity to work with so many nationalities and so many international players… it was an experience worth living and I am very proud of it.”

After such a long and successful career, Vata has since established himself as one of the most prominent role models for junior players in Albania. In retirement, Vata is consistently approached about how best a young player should approach their careers.

“The advice that I would give to any young kid is just follow your passion, make a plan, create a platform in your head that you want to become someone who could be important in that game. If you make your plan and follow the rules and if you have that kind of discipline and mindset, combine talent with hard and enjoyable work… if you do that you have a great chance to make it in the professional game.” 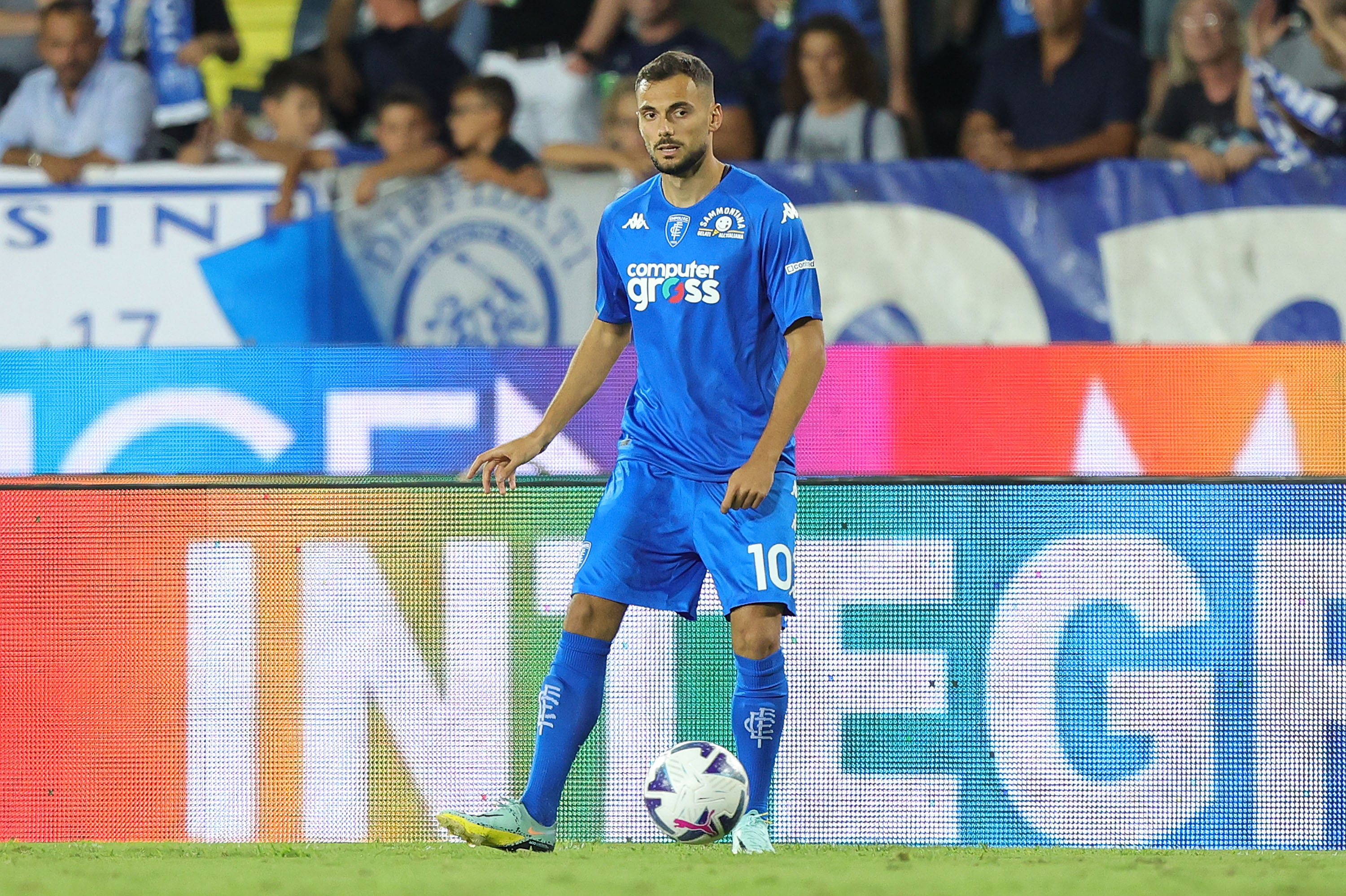 Vata’s most successful period of his career was his time at Celtic. He played there from 1993 until 1996, becoming a cult hero.

Now it’s his son Rocco who is following in the footsteps of his father. Rocco is currently with Celtic’s U18 squad and considered one of the most promising talents inside the club.

As such, the connection with the Hoops runs deep and he’s delighted seeing his old club Scottish champions again under manager Ange Postecoglou

“I think he has done a very good job in his first season at Celtic, based on what he’s won,” says Vata.

“ He has done a tremendously good job to have rebuilt the team. They were so strong. They really deserved the title and Ange was the architect of that. He created a good image for himself.”

Given his history with the national team, it’s inevitable that Vata keeps a close eye on developments inside Albanian football today.

While he would like to see greater organisation within the FA, he says the talent available to coach Edy Reja is something to be genuinely excited about.

“Albanian football and of course the national team, it’s much better than it was and of course the reason behind that is after 30 years of democracy in our country and people having had the opportunity to move abroad, it’s created a new platform for the Albanian FA.

“If you look at Albanian players now, they mostly come from Western countries, they were born in different countries like Italy, Germany, Greece – they grew up there, they train in a professional way.

“Of course now the standards are much higher and I believe we have a good group of players which are going to help us get to the next level. Of course there are a lot of things to be sorted out and I think inside the Albanian FA they still think that football is just a game, and I understand there are so many amateurs that have never been involved in the professional game.

“So we have all these players from different countries used to a professional game, and that’s a gap between the people who work in the FA and the players. It’s a pity but I hope that in the future things can change and we can become a force in Europe because we have a lot of talent, a lot of potential but we have to fix that balance.”

“I think all the players who play abroad have an important role, we are a small nation and we must play well as a team. Of course the individuals are important, they can make the difference in different situations, but they have to blend in with the team, they have to work together as a unit.

“Of course we have a lot of talent in the team with (Armando) Broja, (Nedim) Bajrami and of course Hysaj. Elseid is another important player who does his job and most of the time it’s as captain of the national team.

“I think all those players – (Berat) Djimsiti, (Etrit) Berisha, (Marash) Kumbulla have a lot to offer to the national team but as I say they need to work with a proper system and have the right coach to lead them.

“They need to have the proper guidance, and I hope that in the next campaign we can bring a good manager, a good coach who understands the talent of each player and can build a good unit so we can be a strong and powerful national team.”

Since those kickabouts on the streets of Shkoder, football has dominated Vata’s life. And today is no different. Since hanging up the boots, he has been a much sought after consultant within the industry.

“My future? It’s much more the same, I am part of football, I am always involved in different situations in football.

“I have been working as a football director in Belgium, working with Celtic as a consultant. Last year I opened my football agency ‘Vata Football Management’ where we work with young talented boys who have the hunger and passion to become football players.

And after such a long and successful playing career – all from humble beginnings – there’d be few better mentors to lean upon than Rudi Vata.