It was one of the few things Griezmann had yet to do in his career, but lately practically every move the French player is trying is coming off. So, when he stepped up to take a corner in Atlético de Madrid’s match at Real Betis, he struck the ball so cleanly and confidently that it dropped into the far side of the net.

“I told the referee that the one thing I was missing was an ‘Olympic goal’, so I’m very happy,” Griezmann said after the 2-1 win. “I wanted to hit it close to the goal and powerfully, but in the end you need a little bit of luck.”

An ‘Olympic goal’ is the term used to describe a goal scored directly from a corner, with the name coming from such a strike by Argentina’s Cesáreo Onzari in a 1924 match against Uruguay, who had recently won the gold medal at the Olympic Games.

But Griezmann’s goal was not just special for the manner in which it was scored, but also for the fact that it saw him move level with legendary forward Paco Campos on 146 goals for Atlético de Madrid. In the second half of the same game, he struck again to effectively clinch the three points for Diego Simeone’s side and overtake Campos as Atlético de Madrid’s third top scorer of all time. 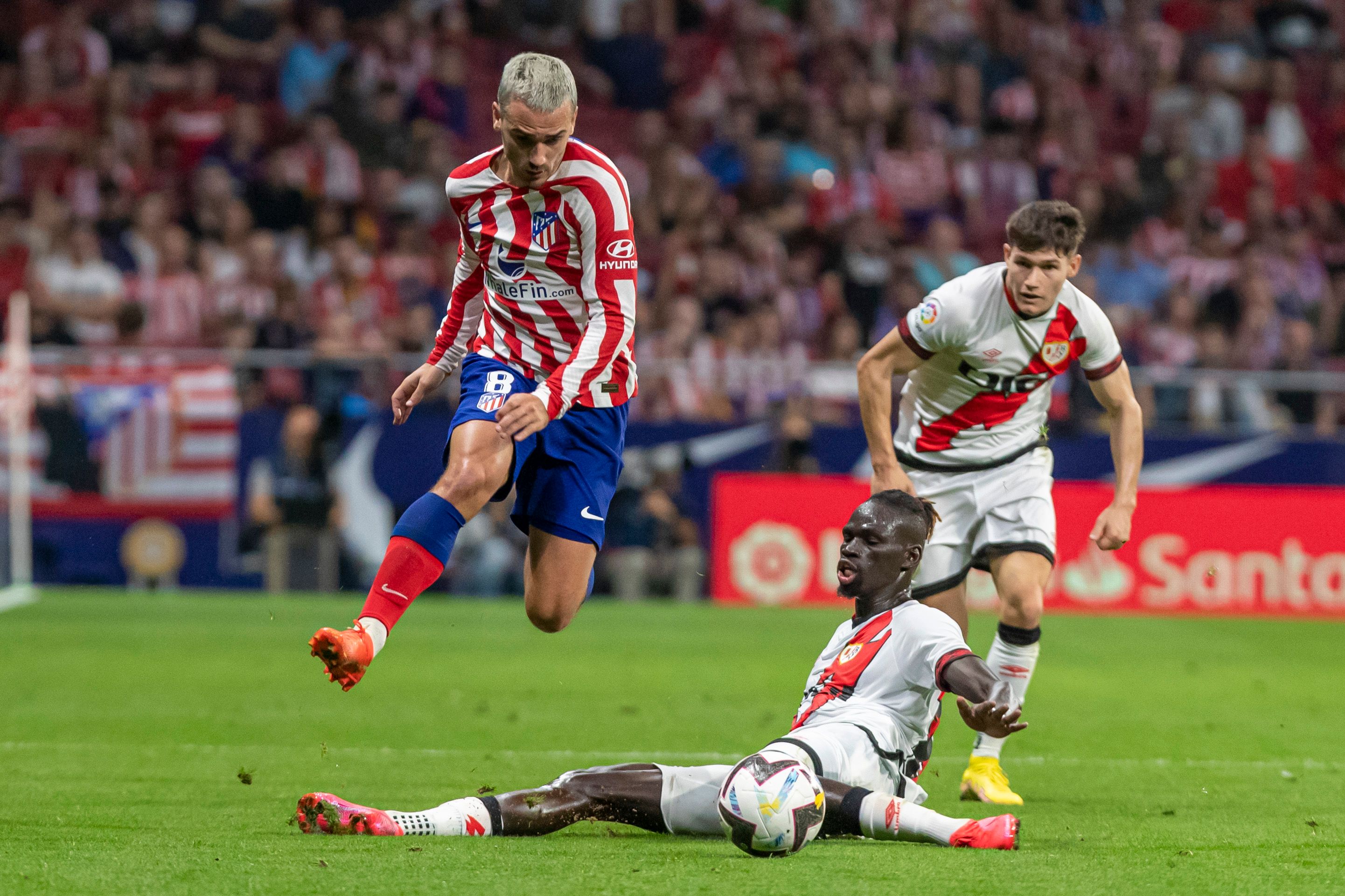 Griezmann now has a real chance of ending his career as the club’s highest ever scorer. After overtaking Campos and moving on to 147 goals for Atleti, his next target is the 169 goals of Adrián Escudero and then the 172 goals of record scorer Luis Aragonés.

It was only going to be a matter of time before Griezmann overtook Campos after making a flying start to his second season back at the club, having scored three goals in his first five matches of the season in all competitions, despite only coming on as a substitute in the first few weeks. Griezmann, who has already agreed to make his loan move from FC Barcelona to Atlético de Madrid permanent, has been playing much more regularly of late and performing even better.

In his last five matches, the 31-year-old has scored three goals and provided two assists to propel Atleti into the top three in LaLiga Santander, where they have finished in every full season under Simeone.

Griezmann was the undisputed talisman for Atlético de Madrid in his first five seasons, before departing for FC Barcelona in 2019. After returning in the summer of 2021, he only managed three league goals last term, but now he is back to his best, to the delight of his coach.

“I am so happy for Griezmann, as he has worked so hard to get to this level,” said Simeone. “It looks like we are seeing the same Griezmann who left us, the one who conducted our play. We need leaders. He understands his teammates and is forming a great partnership with them.”

Griezmann understands how important his goals are right now for Los Colchoneros, adding: “The coach and my teammates need me to be at this level and I’m trying to give everything on the pitch. I am trying to do everything to improve and to help the team as much as I can. That means working hard in defence and scoring goals and providing assists. I’m in great shape and I hope I can keep this up.”

With Griezmann having netted six goals and provided three assists across all competitions so far this season, he is averaging a direct goal contribution every 89 minutes. He isn’t slowing down and is once again the star man for Atlético de Madrid.