The Africa Cup of Nations is in full swing, with the final round of group matches underway and the knockout stages set to begin this weekend. Ivory Coast have started their tournament with a win over Equatorial Guinea and a draw with Sierra Leone, and Franck Kessie has been an ever-present in their midfield.

Kessie is a hugely experienced player, now in his seventh season of Serie A football. A key member of AC Milan’s midfield, he is similarly vital to his country’s AFCON ambitions. With the January transfer window open, the 25-year-old midfielder is reportedly attracting interest from a number of Premier League clubs, including Arsenal, Liverpool and Tottenham Hotspur. Here we analyse his game and assess what his next career move could be.

At club level, Kessie plays as a holding midfielder in a double pivot. Usually he starts alongside a deep playmaker, be it Sandro Tonali or Ismael Bennacer. His role in the partnership is therefore to provide more energy and defensive protection to the centre-backs. For Ivory Coast, however, he has been playing a slightly more adventurous role in a midfield three, meaning that defensively he is responsible for closing down the opponent’s pivot.

Kessie works hard to put pressure on his opponent and limits their time and space on the ball. He also boasts good reactions in defensive transition, closing down when his team loses possession. Alongside his application, he stands at 6ft and is physically strong, so he can contest in the air and out-muscle opponents 1-versus-1.

It would be wrong to categorise him as purely a defensive player. During the formative years of his professional career, Kessie spent some time playing in the centre of defence, and with Milan he does play in a base midfield pairing. However, his fitness levels and technical ability mean he has a lot to offer going forward, too.

Before joining Milan, Kessie broke out in Serie A with Atalanta in 2016-17 as a box-to-box midfielder. This is the role he is undertaking for Ivory Coast at this year’s AFCON, where he is demonstrating himself to be a dynamic midfielder whose off the ball movement is among his finest assets.

With more license to get forward and join in the attack, Kessie combines excellent anticipation, work rate and decent speed to attack space behind the last line of defence. In his national team’s draw with Sierra Leone, these qualities were consistently on show.

Here he sees space opening up behind the opposing left-back, and runs into it to receive a ball over the top from Serge Aurier. In the next sequence we see Ivory Coast striker Sebastien Haller withdrawing into midfield, taking a defender with him. Kessie notices the gap opening in Sierra Leone’s defence and runs into it, latching onto another ball over the top. 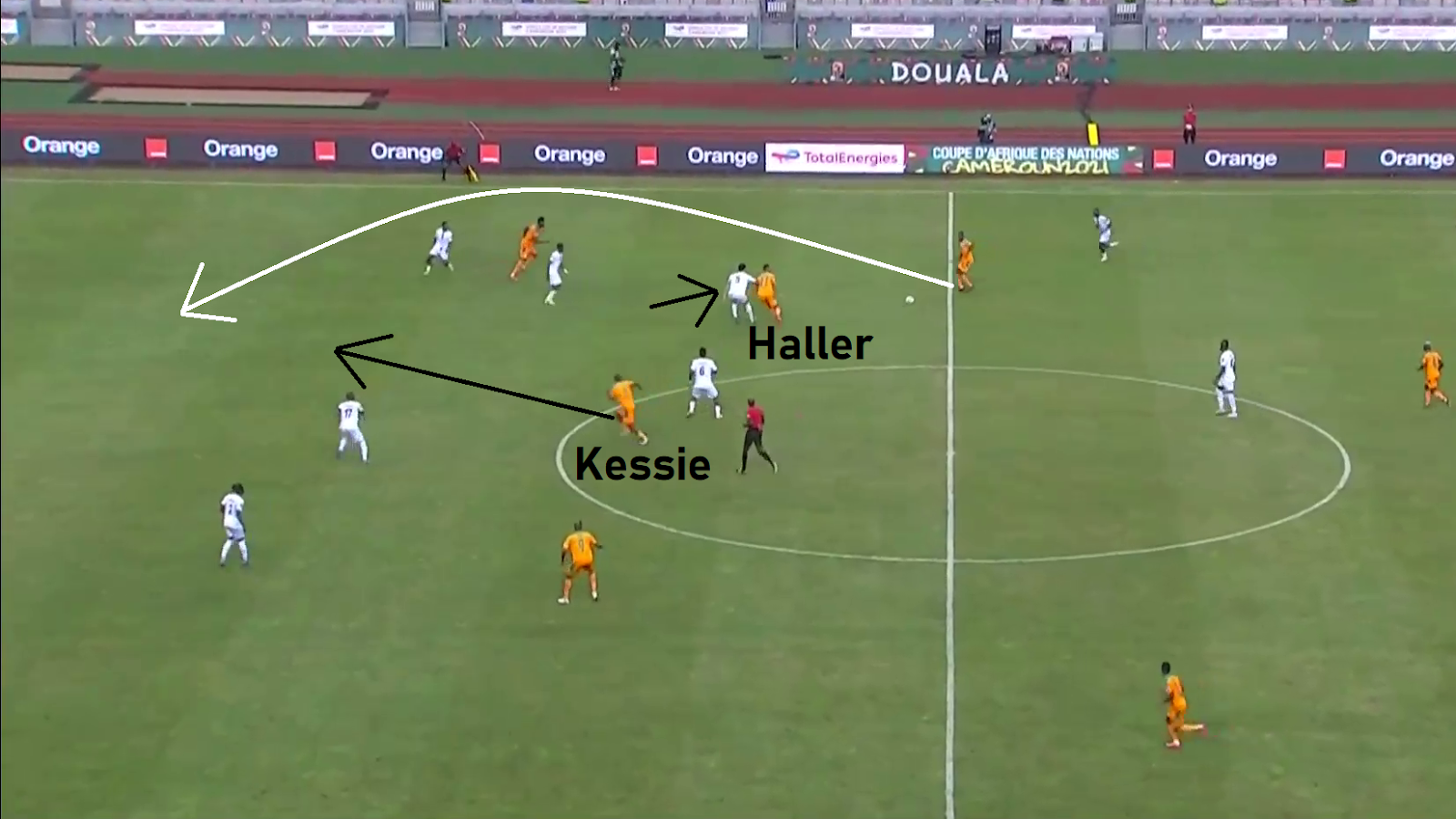 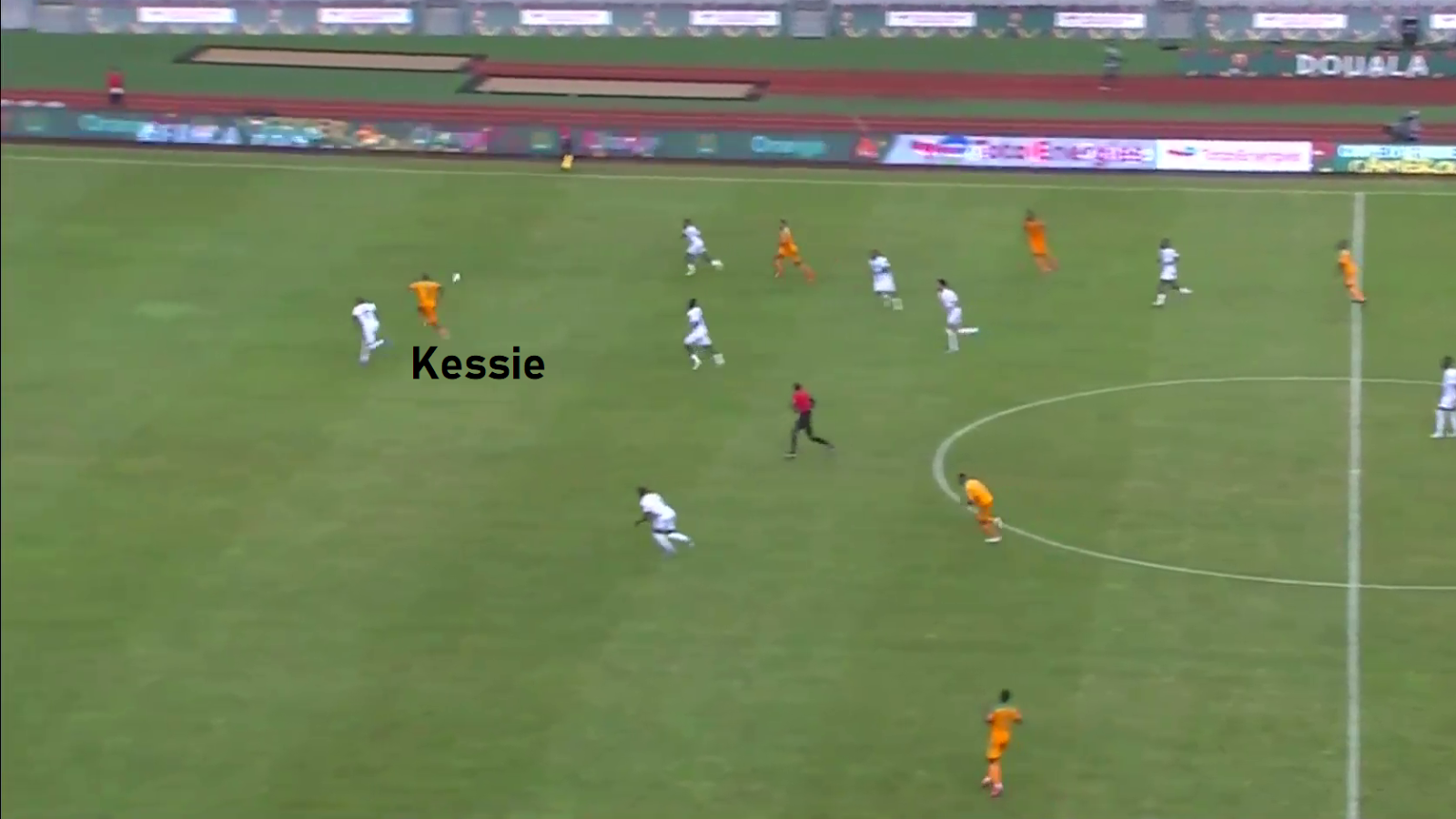 Finally, in the 68th minute another example of Kessie’s non-stop running is seen. Here he plays a one-two with Haller, passing to the striker before running on to get on Haller’s through ball. Were it not for some outstanding last-ditch defending, he would have at least gotten a shot on target. 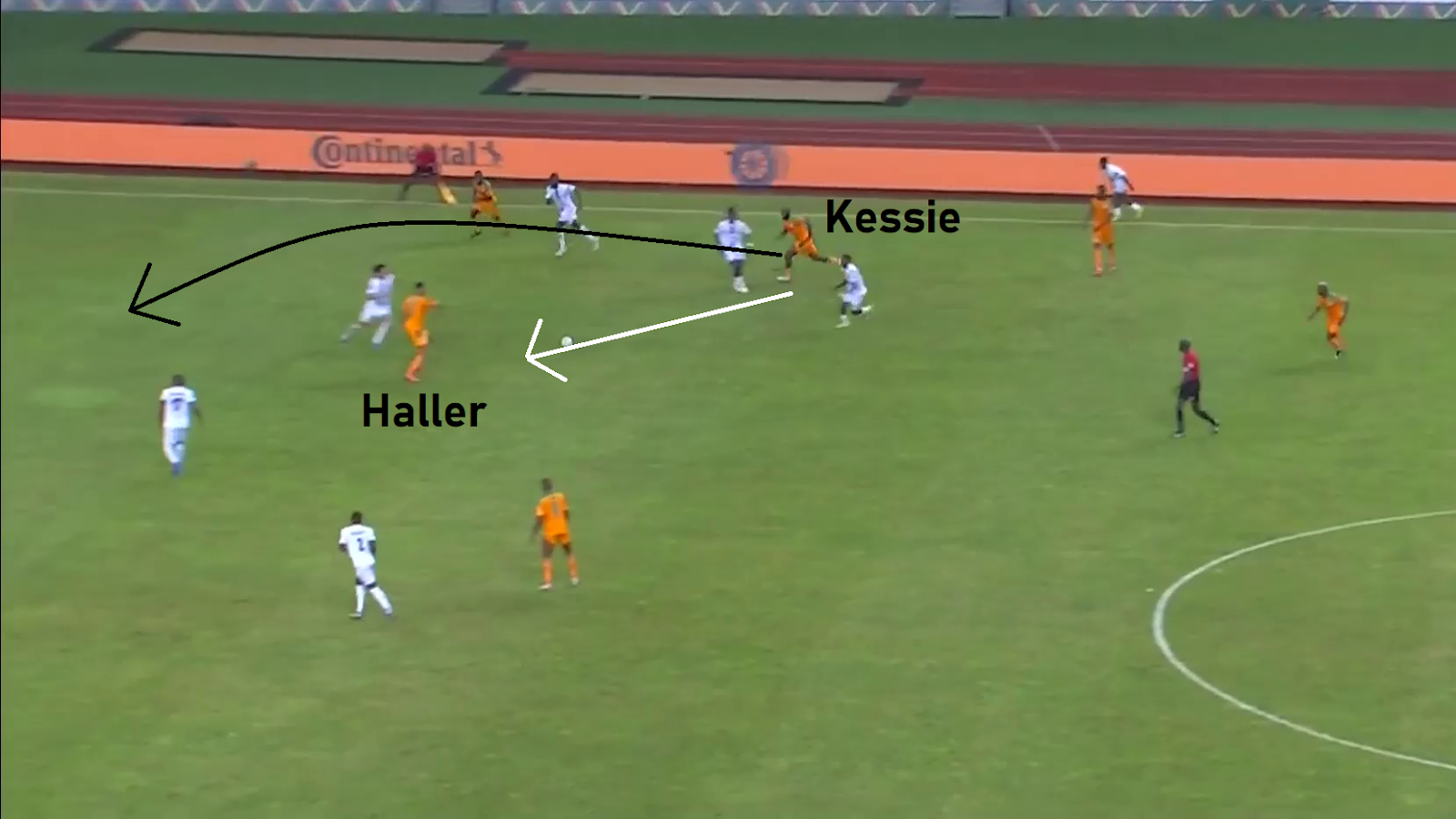 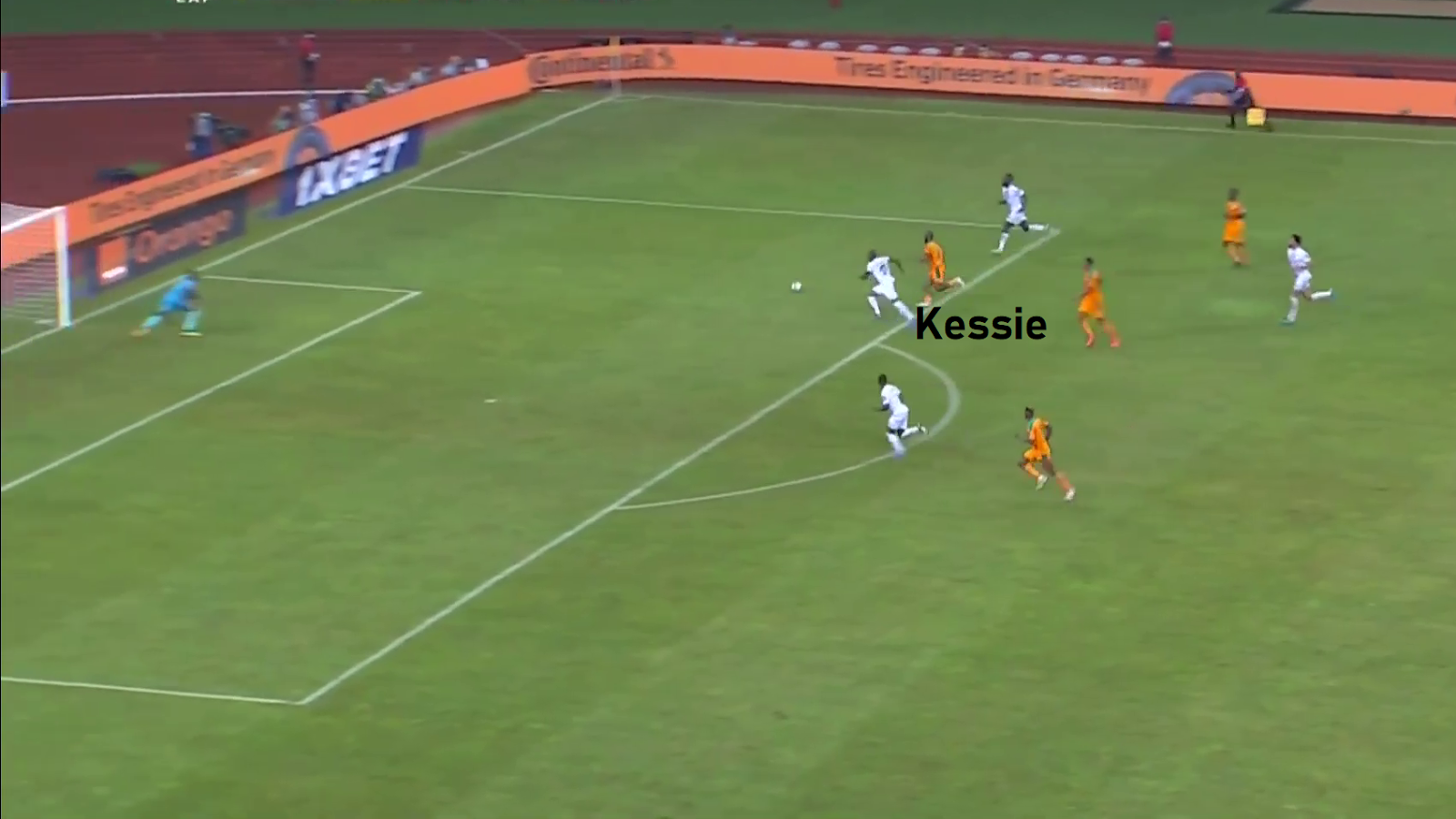 Kessie also moves well in midfield to make angles for passes into his feet, not just for passes into space. Strong and with good close control, he is capable of protecting the ball under pressure even on those occasions where he has to receive with a marker close to him.

Kessie to Tottenham: a tactical transfer

At his best, Kessie is a box to box midfielder who provides constant running to support the striker and get into dangerous positions. Throughout his career he has managed to hit around five or six goals a season, which are not the sort of numbers associated with purely holding midfielders. Any team considering signing him would be wise to take note of his attacking tendencies, and be aware that they are not bringing in a destroyer or positional player who will simply sit in front of the defence.

Of all the transfer rumours, Tottenham is the one that makes the most sense. Kessie perhaps lacks the elite levels of intensity and athleticism required of Liverpool midfielders when it comes to hunting second balls and winning duels. Arsenal’s slower-paced game would suit him, but Tottenham would probably be the easiest tactical transition for the player.

Antonio Conte is a coach who uses methods typical of the Italian game, with rigid patterns of play. He has consistently looked for at least one dynamic midfield option in his system – at Inter it was Nicolo Barella, for Italy it was Emanuele Giaccherini. Kessie is the product of Italian coaching and, at Spurs, he could be the midfielder who gets forward, running underneath or beyond Harry Kane. Not only would he seriously beef up Tottenham’s midfield options, but he’d add to their attacking potency.